Time to get started again. Hope everyone enjoyed the break.

I’m a bit dusty, so having trouble coming up with names of players who haven’t played in a Grand Final at the moment. Only one I could think of was Matt Adamson. I’m sure there are plenty of other who qualify. Thoughts?

Played in 2012 GF for Bulldogs

what about Clint Newton ???

Played with Melbourne in 2007

Docker does deserve a mention, unfortunately he only played 1 game in the second row. He was mostly a lock, with a number of appearances off the bench.

Not sure how many they played in 2nd row, but here’s my list of potential eligible players:

While I haven’t checked all of this list for eligibility, hopefully it is a good starting point for discussion.

Will check them out when I have some time. Pretty sure I can put a line through a few, having played GF’s for other clubs.

Second Row (Not played a Grand Final and >20 matches)

Ex-Eel Ron Lynch played a couple of seasons for us in the 70’s, well before the Eels played in Grand Finals. Lynch was a real good player, worthy of consideration IMHO.

Really? Bill Ashurst would have to be one of the most talented players to lace on a boot? I think he’d be in this mix easily - the only second rower we have had with as near the talent (perhaps even more) was MG but he doesn’t qualify. The rest are streets and streets behind Ashurst.

Nice to hear from you Max. Kind regards !

While not having lived through the Bill Ashurst era at Penrith (being lang before my time). From what I have read about Bill and the limited vision I have seen, I agree with Max. I imagine he would be at the head of the available players.

There was a interview with Bill I had seen some time ago and it was a interesting piece. 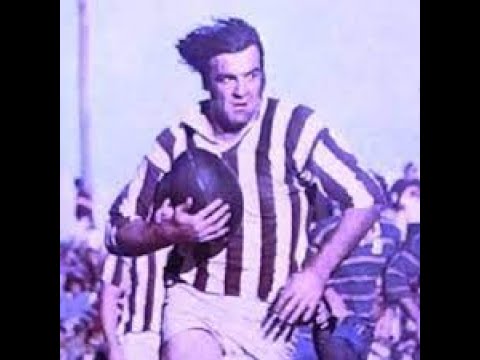 Hey Puss, it’s been a while - had a moment thought I’d drop in and see what’s doing. cheers hope you are well.

On the subject of Bill Ashurst, there’s certainly some unanswered questions around the controversy surrounding his time at Penrith.

On the good note - he brought the ‘round the corner’ kicking style to Australia.

The great mystery surrounds his fall out with Stephenson and the coaching staff. This led to Stephenson being captain - coach following Jack Clare’s departure as coach.

From little I hear this almost tore the club apart. That said, all was forgiven in later days.

But the mystery remains just what went on, and how it was handled.

Ashurst and Stephenson where both on record money deals, maybe resentment from other players? Club going broke have spent record sum on 2 forwards? Personality clash, religion? It’s him or me type demands?

I know this is a little off topic, but still seems to be some unanswered questions almost 50 years later.

Nice to see you drop in Max😊

Just checking the list, didn’t Brandon Lee play for The dogs in the 88 grand final?

Brandon Lee was in the team list, pretty sure he made it on to the field, but not 100%.

EDIT: Confirmed he played in the 1988 GF

Ashurst is a must as he was picked in the “all-time” composite team ahead of a number of players who don’t qualify for this team by a group of people more highly qualified than me. As with some other earlier greats considered for this team in other positions, Ronny Lynch best days were before he came to us, so I can’t vote for him. Some of the others eligible were best in other positions. I went for Ashurst & Lew Z

I went with both Lew’s.

I’d have Ashurst at Lock, as looking ahead, all our other specialist locks played grand finals