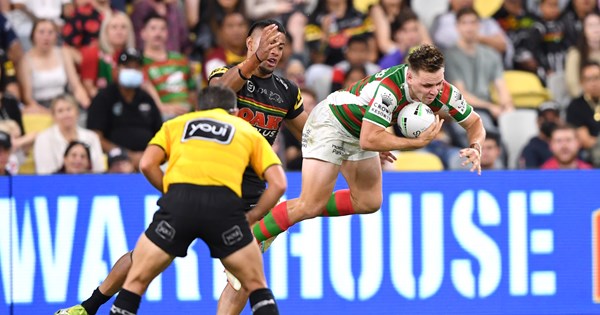 The South Sydney Rabbitohs have progressed to their fourth consecutive preliminary final with a 16-10 win over the Panthers in Townsville on Saturday night. 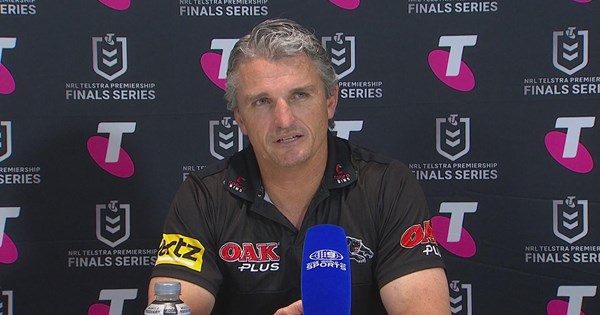 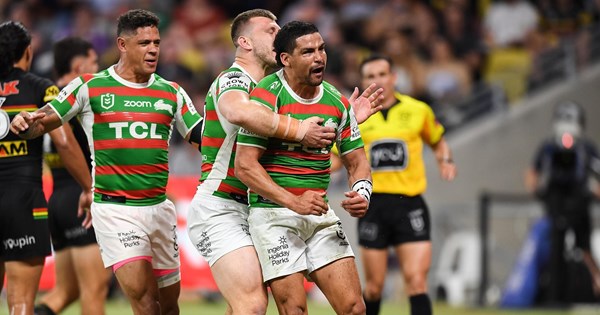 You are quick Steve

TMay (knee) & Scott Sorenson (hand) not selected due to injury The South Sydney Rabbitohs are pleased to announce their NRL squad for their Qualifying Final against the Penrith Panthers to be played this Saturday 11 September at 7:50pm at Queensland Country Bank Stadium. You are quick Steve

The same can be said about yourself @mrwalker

I am very happy with that line up.

Spencer just needs to stay out of any niggle and we will be fine.

I don’t want to seem overconfident. But I feel we got this one. I don’t even feel it will be close. I think between all three matchups with the Rabbitohs this year, this will be the best squad we can field, coming into the best form of this season. I think in the last couple of rounds (around the time Cleary returned) they have slowly been preparing themselves for finals footy, the fact they played the last round with the whole squad (by the players request) showed their head is in the game here.

I think the Rabbitohs will find the resting of players last week wasn’t the masterstroke they thought it would be.

The only thing I feel the Bunnies may try is to get into the players heads and get them off song that way… I feel the team is too cool to let that happen. They tried it a couple of weeks ago and it just let to frustrations and penalties against them.

I’ve got my Souths supporting brother staying with me this weekend (my place is his official residence when he comes to Sydney for work or to see his kids). Going to be interesting. Might find himself sleeping in his car if we get the wrong result.

Very happy with the squad. I would have liked Leniu to play last week to get a game under his belt before the finals, but he wasn’t picked.

I hope you’re right, Steve. There’s every reason to be confident, but I’ll say we’ve got it when play finishes on Sat night & we’re ahead.

I share everyones enthusiasm but caution the mood.
Bunnies will be out there to win as hard as we will be and Bennet will have them in the right head space for the game notwithstanding they will be without Latrell and his not playing shouldn’t be a distraction for us because they still are a potent team in attack.

I fully expect 2 things from the game and one we have already faced.
Bennet will have them explode out of the blocks with an attempt to put a quick 12 or 18 points on us because we have been poor starters and he will target this.

The other area he will focus on is the niggle or call it for what it is, illegal play

This will be giving 6 again at almost every opportunity to try and break our offensive rhythm and there will be players heavily targeted with traffic running at them and high bombs which Too will have to face all game.

From our side i see it quite simply, hold their forwards and close Walker/Reynolds down. Walker is a momentum player, if he is given room and time he can be lethal and only grows if he has both, Reynolds is also a player who likes to control.

To nullify their time and space we need to belt their forwards up and hurt them in defence and offence.

The blueprint to this is what we did to them in the 2nd half of our last meeting but its the 1st half we need to control this game.

We need to bring our 2nd half effort from the kick off…if the Bunnies get out to 18 lead they will be very hard to run down.

If Bennet throws Marshall into the game early he will see it slipping away from his team…watch for his injection and when.

There is enormous pressure on both sides, even though you get another crack, its the week off which is the prize.

I expect Panthers to win

In the other games i expect

I would have liked Leniu to play last week to get a game under his belt before the finals, but he wasn’t picked.

Bryan, if Sorenson didn’t get injured, I doubt Leniu is part of our top 17.

Re the Rabbits, I would be running traffic at Walker all night, make him work in defense, he is lazy and will tire quickly, thus reducing his impact in attack. Through the middle is our forté but when we go to the edge, target him.

Bryan, if Sorenson didn’t get injured, I doubt Leniu is part of our top 17.

That’s probably true, but I still would have liked him to play against the eels. I’d have assumed Leniu would be likely to play at some point in the finals, esp if we get another injury in the forwards. So, I would have liked to see him get a game under his belt.

Besides, we were playing a 2nd string Parra outfit. It’s not as though resting Leota, or leaving May off the bench in favour of Leniu, would’ve made much difference.

leaving May off the bench in favour of Leniu,

Got me there - What is the fascination with Tyrone May ?

Just a FYI guys… we are continuing the Man of the Match voting through the finals series like last year.

Unlike last year though it’s much, much closer. Top spot is still up for grabs with 3 or 4 games to go.

Just saw this in a friends Facebook page. Can’t link to the original story because I’m not subscribed.

Interesting reading, although I dispute writing the Storm off (and to a lesser extent Parra) on the basis of using more than 30 players, when they both only did so because of resting players. 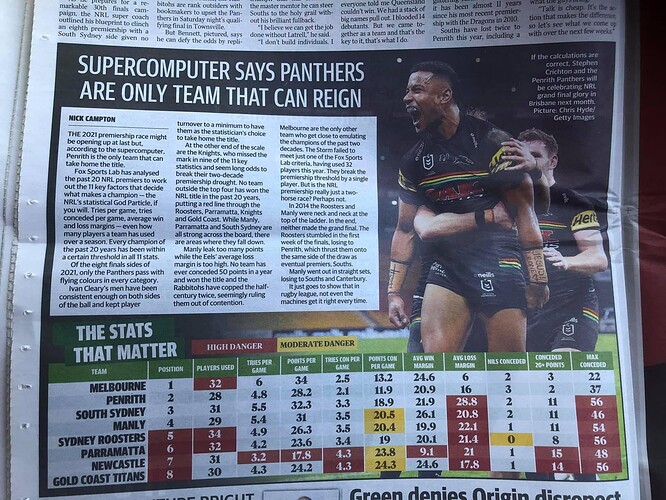 Well - If we are talking SUPER computers, I dreamt last night that we got beat by Souths.

However, we had to play Manly to make the GF so the data feed for the output was a little askew…I didn’t have ANY beers last night

My biggest concern with this game is Nathan Cleary.

They are going to target him all match. Souths knows that even if they win or lose they will have to face Penrith again if they make it through to the finals maze, and their strategy is clear, make sure Nathan doesn’t get that far.

They will be hitting him hard as possible and targeting that shoulder. I hope our forward pack can offer him some level of protection from late hits when he is at his most vulnerable kicking the ball.

Nathan won’t be afraid to run it up hard, but in saying that, the Rabbitohs will be looking to cause some damage.

UPDATE: Just saw an article that Wayne Bennett was having a whinge to the NRL about the Panthers running “blockers” to protect Nathan. 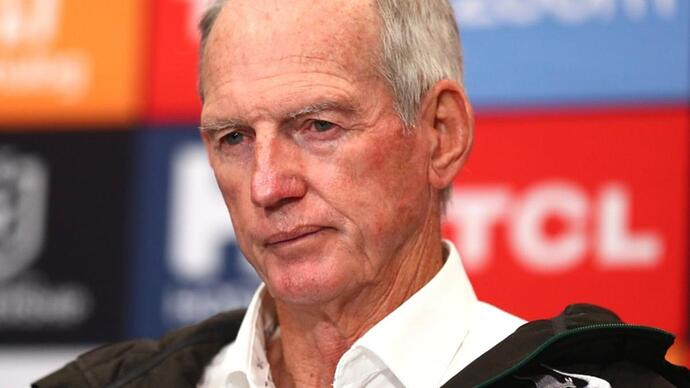 UPDATE: Just saw an article that Wayne Bennett was having a whinge to the NRL about the Panthers running “blockers” to protect Nathan.

WOW - Every single team does this, watch when a team is about to kick, you will find 2 forwards standing next to the play the ball so the markers have to run around them, step them or barge through to get near a kicker, it’s nothing new.

The NRL should say to Bennet, it seems the Panthers are saving you from losing more players to suspension. If that is your issue, you obviously have an agenda.