Panthers too strong for Roosters as Luai doubles up

The Panthers skipped two games clear at the top of the ladder with a clinical 32-12 win over the Roosters at the SCG on Saturday night. 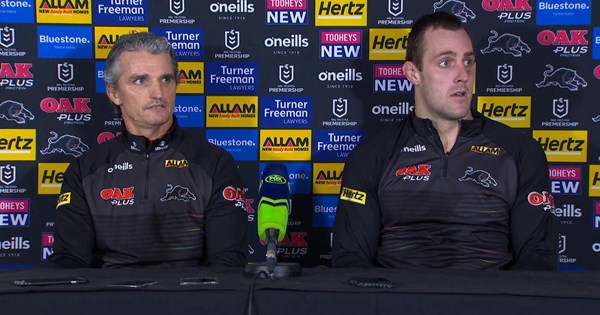 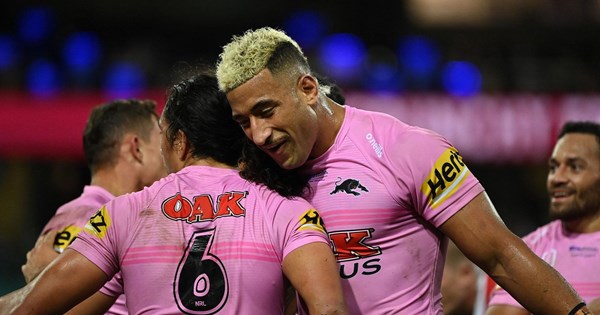 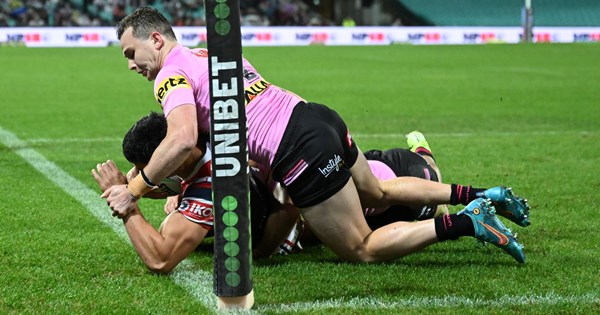 See the best snaps as the Panthers cruised to a big win over the Roosters at the Sydney Cricket Ground. 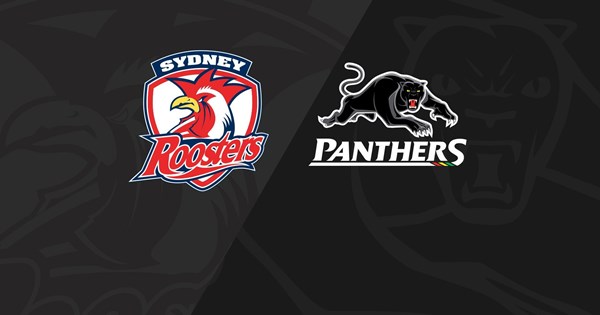 Team Lists and Match Official have been updated. Panthers coach Ivan Cleary has updated his squad for tomorrow night’s fixture against the Sydney Roosters at the SCG.

The starting side is unchanged from what was named on Tuesday afternoon, while Chris Smith and Charlie Staines remain on the extended bench.

The Panthers will wear the 2022 Away Jersey. Panthers coach Ivan Cleary has updated his squad for tomorrow night's fixture against the Sydney Roosters at the SCG.

Panthers setting for a field goal against the Roosters. The hooker sells it, then scores from dummy half. I swear I’ve seen that somewhere before🤔

Yeah, Mutley. Wonder where I’ve seen that one before?

Great to be back on the forum.

Another good win against quality opposition.

Our back 5 were amazing. Ditto JFH, Sorensen & great to see Luai get a double.

Really impressed with the last 2 weeks after dropping the game against Parra. Penrith Panthers have claimed their sixth-straight win in Round 11 of the Knock-On Effect New South Wales Cup, downing the North Sydney Bears 17-12 at North Sydney Oval on Friday Night. Young Panthers go down to the Roosters

Penrith Panthers suffered a 34-10 defeat to the top-of-the-table Sydney Roosters in Round 11 of the Jersey Flegg Cup at Leichhardt Oval on Saturday.

a complete performance, our forwards fantastic.

Not much more to be said. A complete performance against a quality side.

Our forwards dominated in the first quarter, I backs and attack in general fires in the second quarter, in the second half we defended our line as a team.

No bad players, it will be a huge game against the cowboys.

Yeo, Luai and Api were my best

Interesting game and Roosters were up for it from the get go which presented a challenge and our boys responded with defence which thwarts the opposition.
its quite amazing how we use defence as a weapon and despite some still not being at their best ala Cleary who doesn’t look right to me we have others as touched on like Api, Luai and Yeo who is playing at another level such as his deft pass to Sorenson for the Luai try.

I like how Cleary tried the short kick off not once but twice at the end, showing he was still thinking even at 32-6. Sure it didn’t pay off but the key was he was thinking.

I liked how we can change tactics in attack and the field goal set up for Api to score was masterful deception just before half time.

Roosters to their credit didn’t go away but despite their best efforts were outclassed all over the park and we are at another level.

That level will be tested this week when we play the cowboys at home. They are on a high and have thumped both the Eels and Storm, which suggests we will have to be “on” for this game.

There is much to like about how we are playing, we can transition from defence into attack seamlessly, we use defence as an offensive weapon and our options in attack are all over the park.

add to this imo we are still not our best which is an ominous sign for other teams.

I like how we play and how we have no cheap shots or rubbish in our game, its class, execution, enthusiasm and effort.

This side could go down as one of the greats and think 3 in a row is not beyond this squad which puts them in rarefied space in the modern era.

Its a way off and we have to get the job done this year but the elusive looks within reach.

Thats for another day, hope the boys are all well from the game…monster test on Friday.

Jarome Luai? Must be two of them, or a typo.

I like how we play and how we have no cheap shots or rubbish in our game, its class, execution, enthusiasm and effort.

Totally agree. This is a huge plus for Penrith, in so many ways. What a contrast to cheap shot merchants like JWH and his ilk.

Comprehensive - The only issue with Api playing as good as he is, we will lose another one to SOO

I hate this SOO period. There should be a cap of 4 players from any one side.
Seriously, a club side doing there best in representing their district are penalised for having the hide to win a high proportion of their premiership games to date. Then they have to risk the possibility of injury further depleting their roster. It stinks !!!

Definitely a typo, but in my defence, it is a bit hard doing the post match wrap up on a laptop at the SCG.

Agreed Puss. I’ve been saying for years it should be on stand alone weekends, so that the club games aren’t impacted. It would only add an extra 2 weeks to the season (or alternatively play 2 less games during the season).