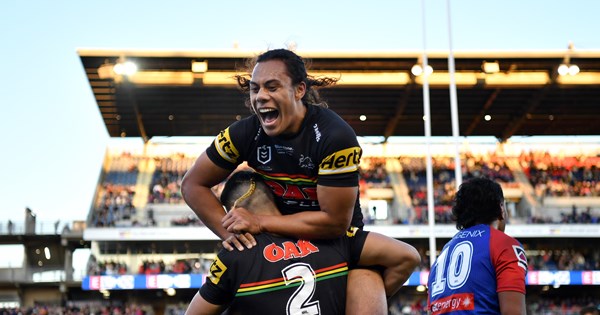 The Panthers' Origin contingent backed up in style as Nathan Cleary led his team to an emphatic 42-6 win over the Knights at McDonald Jones Stadium on Sunday. 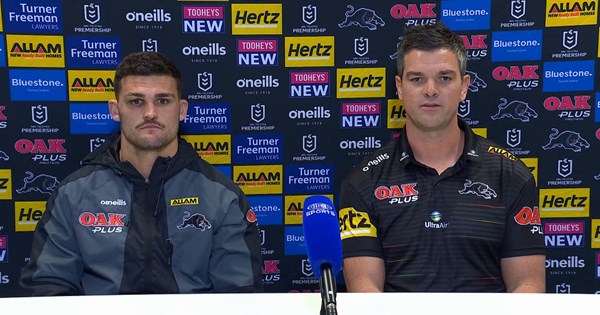 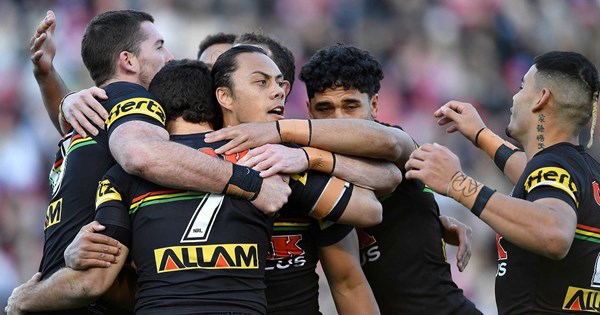 See the best snaps as the Panthers scored a crushing victory over the Knights in Newcastle. 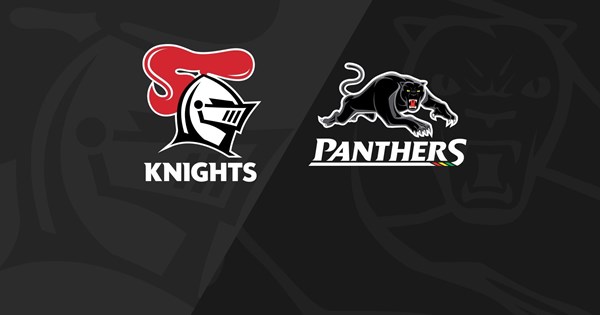 SHF - I agree. I actually wouldn’t mind if last week’s team is our first team through the origin period, we are 4 points clear and having our 6 reps only play rep games during this time will stand us in good stead later in the season as they will not be burnt out.

Makes sense but, in this day and age there is still a risk. Parading our stars of the future might well attract attention from other clubs looking to plug a hole for next season. I’m greedy, I want our blokes capable of playing in the top grade to stay firmly at the foot of the mountains !

They will most likely name everybody on Tuesday.

We are fortunate to have the game on Sunday (as much as I dislike Sunday footy). The coaching staff should get a good idea of who came out of origin with niggling injuries and came up sore.

If I were to back up players based on last weeks performance… I would play Brian To’o and Stephen Crichton and drop Staines and Jennings. We got exposed a few times up that wing and was a fairly weak spot in what was otherwise a fairly strong defensive line.

Team Lists and Officials have been announced. Panthers coach Ivan Cleary has named his 24-man squad for Sunday afternoon's match against the Knights at McDonald Jones Stadium in Newcastle. 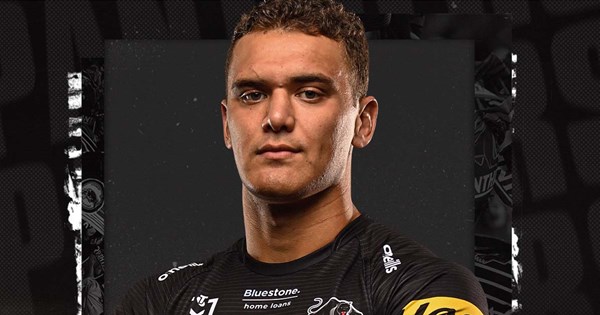 Panthers NSW Cup coach Peter Wallace has named his squad to face the Raiders in Canberra on Saturday. Panthers Jersey Flegg coach Jono Rolfe has named his squad to face the Raiders in Canberra on Saturday.

I notice Spencer has been more or less dropped.

Based on last weeks performance I am not surprised.

thought I read somewhere HERE he had a rib injury. Steve or Mutley might clear that one up.

If he’s injured he shouldn’t be named, this ducks & drakes with team lists is pure crap. The sooner we stop the mind games and allow the fans to know what is going on the better the game will be.

SOO case in point, we’ve named all 6 yesterday who are still to play tonight. That team could look very very different after tonight so what F@#$ing value does it provide to the supporters?

My understanding is he has a suspected rib injury and they don’t want to risk it.

We are playing a bottom 4 side, 4 points clear at the top of the table, and will have (some) origin players back on deck.

Maybe if more supporters stuck their noses in here at Panther Pride they’d be privvy to the latest updates. Get the word out Kev !

Thanks for the heads up re Spencer Steve.

SOO case in point, we’ve named all 6 yesterday who are still to play tonight. That team could look very very different after tonight so what F@#$ing value does it provide to the supporters?

It’s a requirement fro the NRL to name a preliminary squad on Tuesday. You are only allow to select a run on side from the pool you announce on Tuesday.

To my understanding (which could of course be wrong) it is to provide some certainty to bookmakers in setting markets, primarily exotic markets such as try scorer and such.

It does become a bit unhinged during origin, but typically clubs name a 22 man squad most times.

Nathan Cleary, Isaah Yeo and Liam Martin have been ruled out of the match, with minor injuries and fatigue issues. Panthers downed by Raiders in Canberra

Penrith Panthers have gone down to the Canberra Raiders in the NSW Cup on Saturday afternoon. Penrith Panthers have suffered a third-straight defeat in the Jersey Flegg Cup, going down 28-18 to the Canberra Raiders in the nation’s capital.

Panthers coach Ivan Cleary has updated his squad for Sunday afternoon’s match against the Knights at McDonald Jones Stadium in Newcastle.

Five players have dropped out of the squad, including co-captain Isaah Yeo, who will miss the match due to load management. NSW Blues followed protocols during and following Wednesday night’s State of Origin match, however Yeo, who has played every game this season, will be rested on Sunday afternoon due to work load.

In Yeo’s absence, Matt Eisenhuth has been promoted to start at lock, while Spencer Leniu has been added to the interchange.

Robert Jennings and Chris Smith remain on the extended bench for the Round 14 fixture.

The Panthers will wear the 2022 Home Jersey. Panthers coach Ivan Cleary has updated his squad for Sunday afternoon's match against the Knights at McDonald Jones Stadium in Newcastle.

Just saw that IC will miss the game on medical advice. This is taking some time for him to shake.

Considering where the respective teams are placed on the ladder, i suspect this will not be an easy game for the Panthers

We will miss Yeo but i am a little concerned about Cleary. A concern i have shared before but moreso given his SOO game.

whether it was instructions, forwards not given him time or a combination of both…his game was poor and his kick game was terrible IMO It was one dimensional and not in anyway attacking.

We have a forward pack to give him time, but they cannot control between his ears.

If we see Cleary respond, we should get the lollies and do expect him to respond…these are the danger games given we are playing a team who are where they are on the ladder because of how they are playing.

Can Obrien get them up for this…i don’t think so.

This is a game for the “process” to be on display, Panthers going away IMO

Dominant first half. Cleary has been everywhere, and is reminding everyone why he is the games best #7.