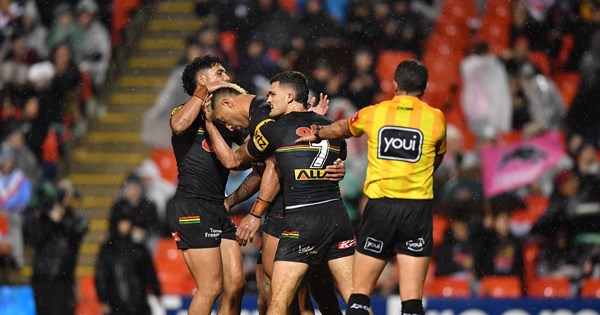 Panthers roll on towards minor premiership with defeat of Roosters

The Panthers continued their charge towards back-to-back premierships as they consigned Sydney Roosters to their longest losing streak in six years with a gritty 26-18 triumph at BlueBet Stadium. 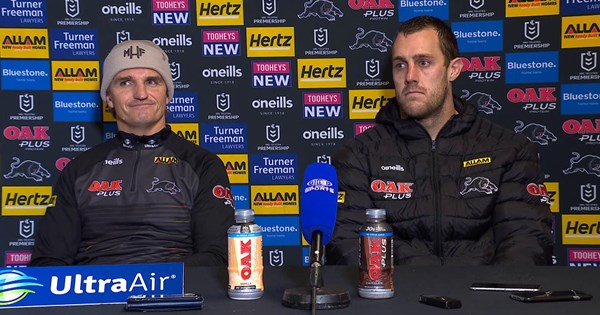 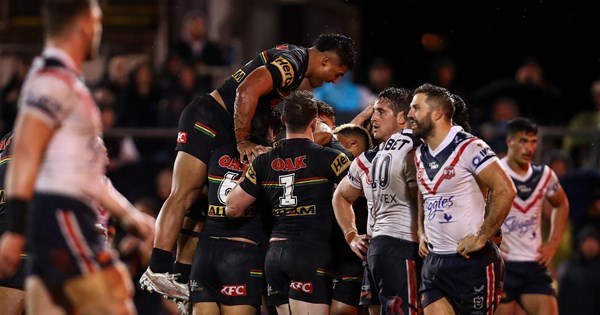 See the best snaps from the Panthers gutsy victory over the Roosters at BlueBet Stadium. 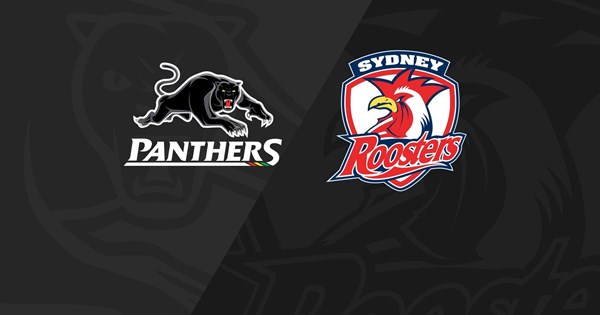 Yeah, yeah I know everyone’s in the same boat. But after this weekend of representative shenagans our boat is likely to develop a few leaks. My count, 7 NSW, 4 Samoa, 2 Fiji & 3 NZ. Now, let’s cross the fingers our blokes avoided injuries and COVID and survive the flight home from wherever.

Oh can you name our best side with all confidence ?

Hope the toads have learnt a lesson from their ‘grub’ name calling. They bit off more than they can chew. Mrs Martin (Liam’s mum) I salute you.

Looks like all the players made it through the MRC, so no suspensions resulting from Rep Round.

Still waiting on injuries updates but looks all clear for now. Panthers Jersey Flegg coach Jono Rolfe has named his squad to face the Roosters at BlueBet Stadium on Friday.

Team will run out as listed. Matt Eisenhuth and Suina Turuva remain on the extended bench. 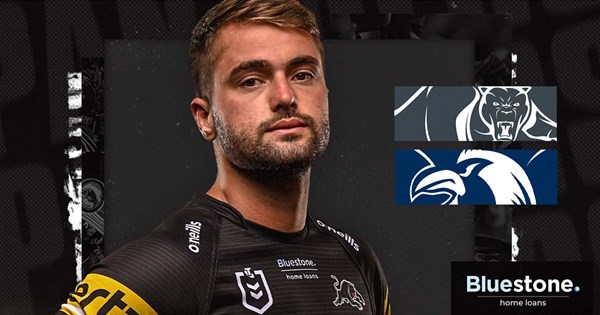 well, i bet Cleary couldn’t wait to get them into the sheds and have a chat.
since it is pouring rain and ground is slippery i would like to see Cleary kicks grubbers into the in goal and chance their big boppers bending low to catch a rolling ball.

we looked flat and have made the other mob do heaps in defence so last 20 minutes should see big opportunities for us to run away with this.

nothing to take out of this game at all except we got the 2 points.

It wasn’t pretty, but we got the job done. I think having rep round last week, and the bye next week, may have played on the minds of some of our young players,

In saying that, I think the Roosters are better than their current ladder position, and deserve a little credit for pushing us to the end, I do have question marks over their last 2 tries though.

I think it’s safe to say we have one hand on the minor premiership now. We would need to lose at least 3 to give the Storm or Cowboys a sniff, and I can’t see that happening.

I am in awe of our guys turning up week after week, knowing that each week the opponents are going to give their all to try and beat the benchmark team, and just keep doing their best and getting the job done.
It was wet and that slowed the game more to the featherdusters pace, and Sutton was pathetic, for both teams, and the ruck was slow & the 10 was poor, which helped keep the game slow.
We should have been further ahead at H/T, and we must give some credit to the chooks defense & it turned into an arm wrestle. Again the boys got the job done, when they could have used excuses instead.

In a word - lacklustre.
The bye will freshen a lot of the troops up but not the SOO contingent.
Tigers game could be interesting.

There were a lot of tired bodies out there last night. Rep round certainly had affected them. 13 players in the 18 man squad played some form of rep footy last week, 7 of those played origin.

The error rates were much higher than usual. Missed tackles, dropped ball, players offside. But at the end of the day they got the job done. They got tested by a committed Roosters outfit that saw an opportunity and late in the second half when they looked out on their feet they managed to get over the line and lock up the 2 competition points.

Bye Round can’t come quick enough for these blokes.

Just want to comment on just how poor a ref Sutton is. He can’t see forward passes & knock ons, fails to control the ruck and the 10 & allows the captain to have a 30sec plus chat after giving a penalty, allowing the team to take a breather, and so often gets high tackles and contact after the kick wrong.
Last night he was poor for both teams, but one action just typifies how pathetic he is. NC was setting up the ball for conversion of Billy’s try right on halftime. almost right in front. Sutton goes over & tells him to move the position of the ball. It was maybe less than a foot, as NC didn’t even have to move from he he was. Get so much wrong but be pedantic over a non-event - pathetic.

Trent Robinson of course having another whinge post game. I used to think this bloke had a good mind for footy. He would only on the rarest of occasions have a whinge, but that was when his side was rarely losing games. Now that his team sits in the middle of the table suddenly he’s whinging how his side has been hard done by every other week.

The roosters consistently push the boundaries for offside particularly with their goal line defence every week. He’s only upset now that they actually got penalised for it a couple of times.

Seems the supercoach mystique around Robinson is disappearing. 5 losses in a row will do that, combined with less than expected finishes in 20 & 21, and now likely in 22.

A coach operating under the infamous salary sombrero, able to get whoever he wants, discard whoever he wants, seems to have hit the wall. His desperation was obvious when he continued to play Cordner when he was clearly suffering from the head-knocks, all the while claiming that player welfare was first priority - he managed to convince the media on that, but it was obviously BS.

After a recent loss he said he was not worried about the results, but the team sticking to the process, as get that right and the wins will come. Sounds BS to me, and my boss would not accept me missing out on orders because I was working on the process, not winning tenders!

Uncle Nick will not tolerate failure for long, and Robinson would know this very well.

Agreed. Tedesco was in the ref’s ear for the entire game. Clearly he has thoughts on becoming a referee after retirement from playing.

Trent Robinson of course having another whinge post game. I used to think this bloke had a good mind for footy. He would only on the rarest of occasions have a whinge, but that was when his side was rarely losing games. Now that his team sits in the middle of the table suddenly he’s whinging how his side has been hard done by every other week.

Yes, I have noticed this as well. I agree with Trent that the game was poorly officiated by Sutton, but it was hardly one way traffic, massive blunders were happening to both sides.

The post match presser from Trent almost (but not directly) blamed the referee for the teams loss, which just was not the case.The Roosters defended poorly in the last 20 minutes of the match (due to fatigue or whatever reason fits) and tries from Tago (64’) and Koroisau (71’) put the game out of reach.

Trent’s comments, while it had some merit (The officiating was poor), was out of line (to make the suggestion that it may have cost them the game).