To whet the appetite. Enjoy: 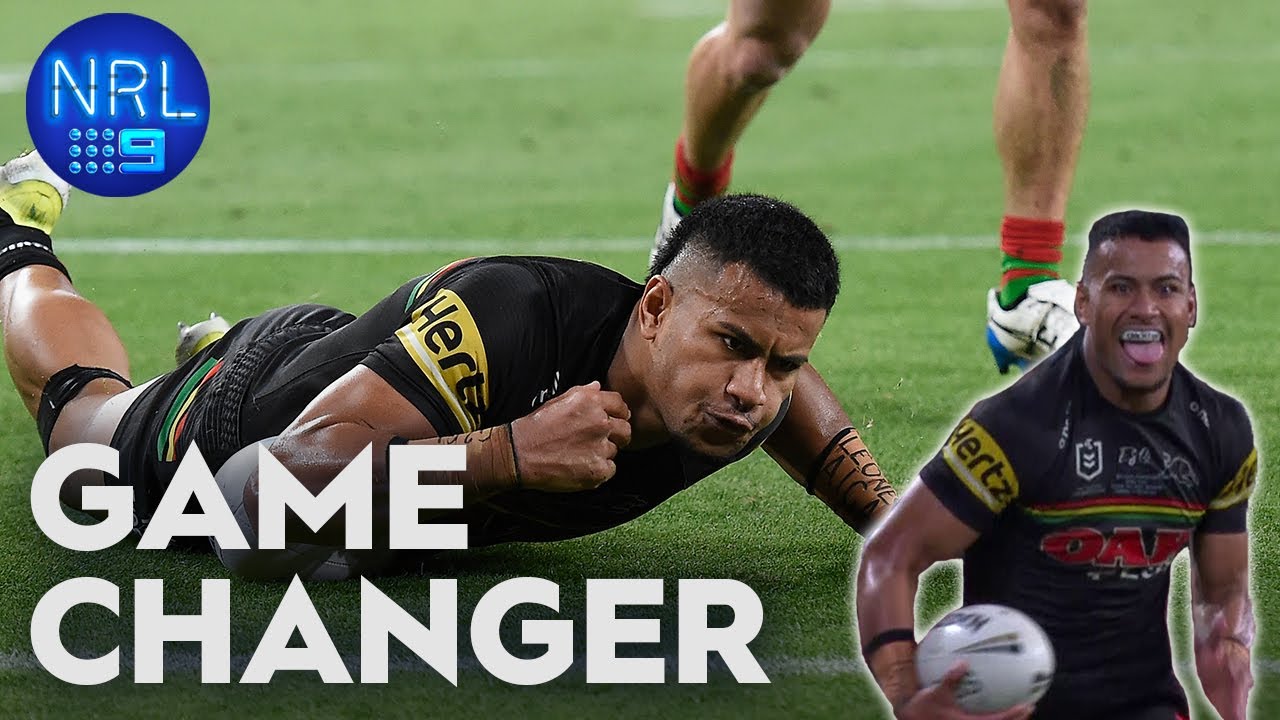 Rugby League can be a cruel game.

Panthers are all over this mob yet only lead by 6.

Yet with all this we only lead by 6

We need to put a couple on them early in the 2nd half and this will be all over…but they are dangerous.

What i take out of that game is we can focus and take it up a level when and as required, similar to Storm when they were the benchmark 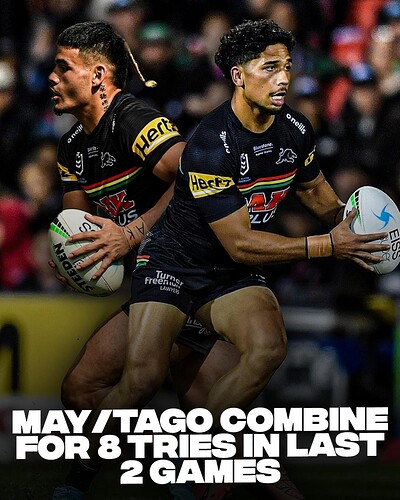 Edwards & Yeo would have to be 2 of the most consistent players in the competition. They turn up every week & get the job done.

I’m loving our lethal left. New players, new combination, looking good. Have to wonder how things will be reshuffled when To’o returns?

Have to laugh at the Souffs supporters saying they would have won the GF if Latrell played. Didn’t do them much good tonight. Penrith Panthers have suffered their first defeat of the 2022 NSW Cup season with a 20-18 loss to South Sydney Rabbitohs at BlueBet Stadium. Panthers go down to Rabbitohs in Jersey Flegg

Penrith Panthers have suffered an 18-16 loss the South Sydney Rabbitohs in the first of three matches at BlueBet Stadium on Friday night.

well said steamboat, you’ve done it all for me.
As a collective, we were very good.

There are few better feelings than beating the Rabbitohs at home. 20000 strong crowd as well!

An all round great performance, in front of a packed home crowd.

Edwards was my MOTM. Unbelievable performance. I will call it now - on current form he is number 1 fullback in the game.

Even with Cleary a little rusty, we still stood head and shoulders above the bunnies.

No flags at the ground made judging the wind hard.

I can’t see us loosing before Origin.

A good problem to have, how do we fit To’o in if May keeps this form up? Some out there suggestions- play To’o off the bench as prop rotation, or move Staines to centre and play Critta off the bench?

It almost embarrassing how far ahead of the competition we are, we we still have plenty of room for improvement.

I’d be having To’o next to Chricton, with Staines dropped. Need to keep May & Tago together.

Just a few notes about the game day experience.

As @SouthernHillFan already mention, I was wondering when it was no longer necessary to have flags mounted on the top of the coal posts. I was mentioning to a few at the game that this would make the task of kicking a little simpler. I could have sworn that was a requirement of the ground some time ago.

Secondly, the food options at the game are abysmal… who would have thought that you would go to a football game and couldn’t get a pie, yet could get lamb souvlaki? Everything to how the third party stands are set up on the northern entrance (blocking foot traffic completely), the the rampart pricing ($8 for a Dagwood dog seem extreme). This needs to be addressed, but since a new stadium is going to be built, they will probably let this pass through to the keeper.

…and lastly, the announcer, Zac Bailey. Never have I felt the atmosphere of a packed stadium could have the air sucked out of it than with a bland, generic, chant come over the ear piercing PA system. It became how evident how generic he is when it came to he half time junior relay. He had no idea who was running in it and it showed. Even when the eventual winner (Glenmore Park Brumbies) passed the line Zac was left there scrambling to find out which team had won. It was cringeworthy. back when Scott was running Game Day this would never had been a problem, he know the teams in this area better than he knows the back of his hand.

Other than that, the crowd was amazing. The noise that came out was deafening and I’m sure the Rabbitohs felt it out there on the field. Great Stuff.

Let me add to that Steve;

Once again the ground audio was woeful, it’s like the club / council don’t care with this the last year of the ground.

Thankfully I had a meal prior to the game, heard plenty of complaints of no pies, sausage rolls or hot dogs.

The Southern bar and food closed about 10 minutes after half time, leading many, myself included dumbfounded. Not to mention lack of bear on tap, instead pouring from cans.

The atmosphere however was fantastic, both hills packed and standing, pity there was a few bare patches in the top of the western stand.

Never before have I seen so much sponsorship and advertising at the ground. Success on the field is sure bringing commercial success.

Worst performance of the night goes to the security guard who took it upon himself to destroy a young guys huge beer snake (which was entertaining the crowd). Such a threat to national security it must of been.

This is a worthwhile read - Penrith Panthers dominate South Sydney Rabbitohs 26-12 in statement win, after Cronulla beats Newcastle - ABC News. I don’t think that I’ve ever read such adulation for the team from the great unwashed west from any national media; I’ve grown used to being treated like shit for far too long. So, enjoy the ride, and then watch as the salary cap continues to bite and we keep feeding those clubs who wouldn’t know a junior if they fell over one (looking at you, Easts Rorters, not to mention the Canterbury Scumdogs, our unofficial second grade team). And oh the joy of a pulsating, packed, black stadium, always ‘Penrith Park’ to me.

My favourite line in the article -

They are the monster at the end of the nightmare, with claws out and teeth bared, and even though they have achieved so much they are still ravenous for more.

Wish I had written that.

To me Zac Bailey kind of feels like the NRL interfering with our Game Day. We never got a reason why Scotty departed. Before they got rid of him, they tried to Partner him up with someone. “make some noise for your team”. Honestly. Maybe its some cost-cutting venture because he also ground announces for Eels and im sure other teams too.

Don’t we play out of Parramatta Stadium next year ?

That’s the rumour, but no official word from the club. If they poll members, I’d say I’d rather travel to Bathurst than scumville

Don’t we play out of Parramatta Stadium next year ?

Last I heard is that Bryan Fletcher was negotiating with Commbank management about '23 and '24 to get the best deal, but also suggesting that we could play some games elsewhere, including in the country, at least as, I guess, a negotiating tool.
We are thinking about going to the dogs game this Sunday to check out the stadium again - we have been there a couple of times, but that was before any real likelihood of our new stadium going ahead. So we’d take a better look around this time.
Everyone of us should complete the survey that has been posted elsewhere on here to give our input on the new stadium design etc

Yeo is still leading the Dally M - has scored 3 points in all 4 games.

Not sure what the record is for consecutive 3 point scores from round 1?