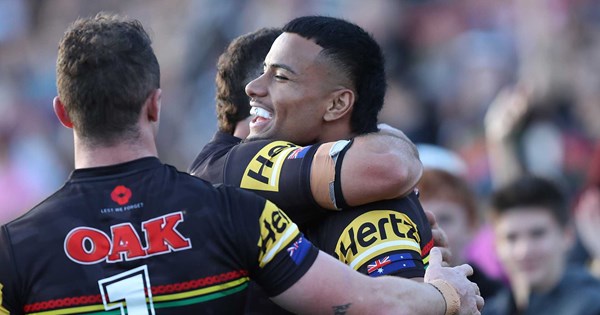 Penrith have extended their long home-ground winning run with a convincing 36-6 win over a Raiders side that defended stoutly for long stretches but still ended up on the wrong side of a big score. 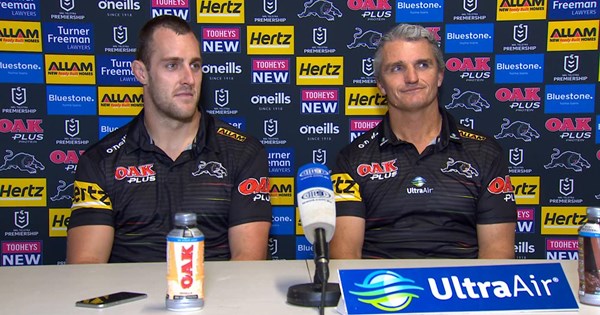 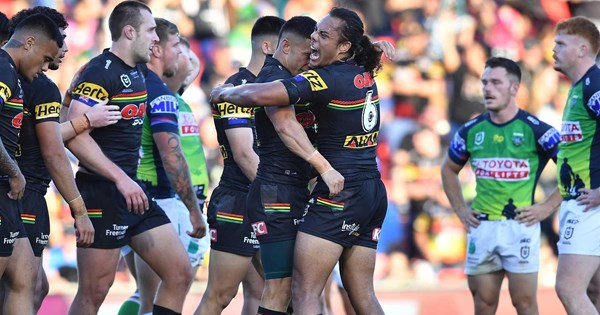 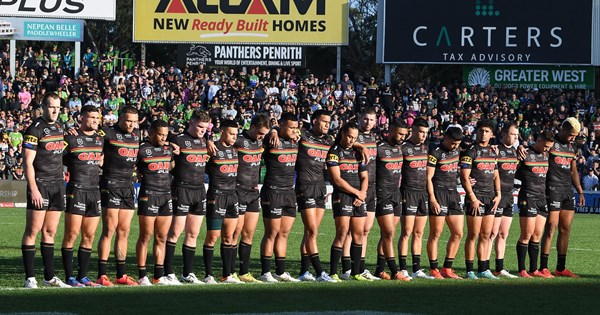 See the best snaps as the Panthers dismantled the Raiders on their way to a 36-6 victory at BlueBet Stadium. 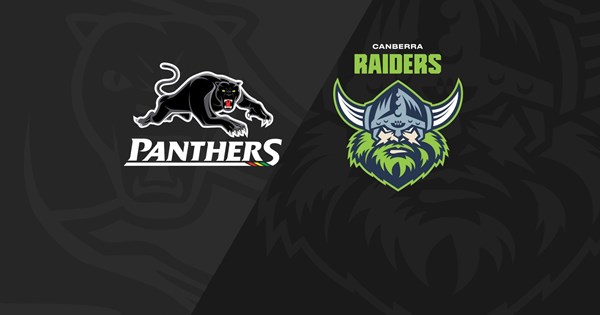 Team Lists and Match Officials have been updated Panthers coach Ivan Cleary has named his 24-man squad for Sunday's Round 7 match against Canberra Raiders at BlueBet Stadium. 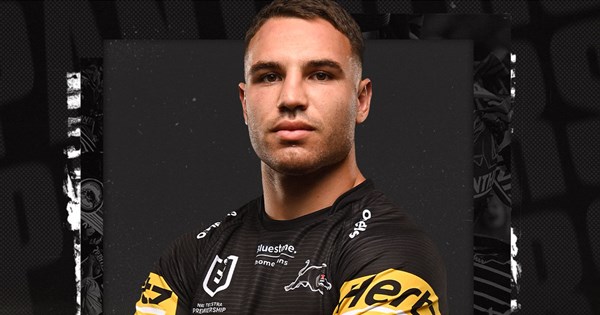 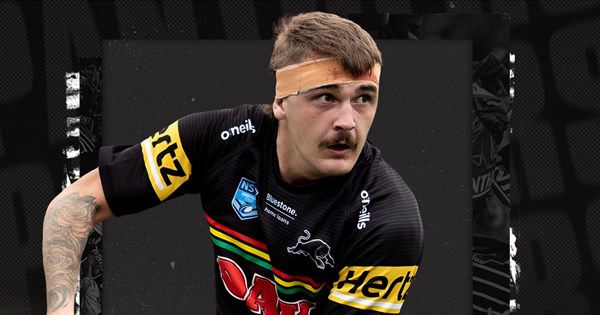 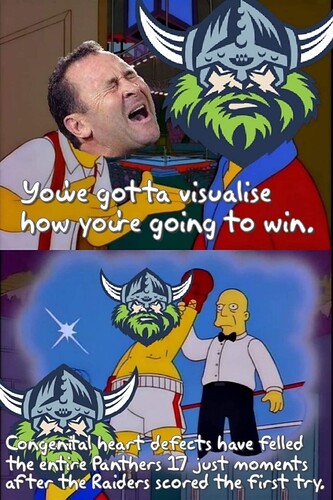 The only way Sticky wins a premiership is riding the coat tails (Graham Murray) of someone else. The Roosters would have won that comp with Trent Barrett as coach

The side is unchanged from what was named on Tuesday, with Robert Jennings and Soni Luke remaining on an extended bench. 1 v 13 you would think, is all we need to do is to turn up but doubt Raiders will be thinking they are easy beats and expect this to be no different where our opposition lift big time

Raiders are a momentum team and love getting on a roll, we do too so will be interesting in who gets out of the block quickly and maintains the rage.

We will run away with this in the second half

Our second half was masterful. Physicality extreme. Our lads lifted and played the game right out. Kikau IMO had one of his best games for Panthers . Good to see right side involved in plays. MOM geez, where do you start !

the great thing to take out of this game was how we changed tactics and in the 2nd half bashed them defensively to win the game, which was simply amazing to watch

We remain clunky which is terrifying for oppositions as hold on when we get it right.

Salmon is a revelation as a sub and impresses more and more with every game but he has some real good company in Lenui and Sorenson.

Raiders on the other hand have nothing and have a very long season ahead and not fussed on Rapana and his cheap shot on Edwards plus the rubbish after the siren from them…shows where both teams are at in my opinion.

we have great leadership, play hard and fast, they have nothing except cheap shots.

Another great win and hope all the boys pull up ok because we now run into row of games against what many will view as finals opponents.

Agree that Kikau had a great game - very involved early. Some great defense. The only concern is that I think Crichton is starving his winger out of the game. Thought Staines had a good game considering - some great takes. 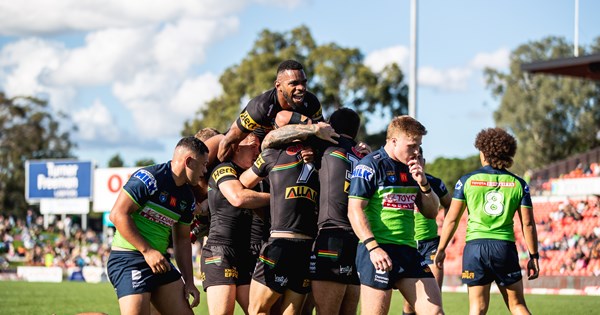 Panthers cruise past the Raiders

Penrith Panthers dominated in Round 7 of the Knock-On Effect NSW Cup, thrashing Canberra Raiders 44-12 on Sunday at BlueBet Stadium. 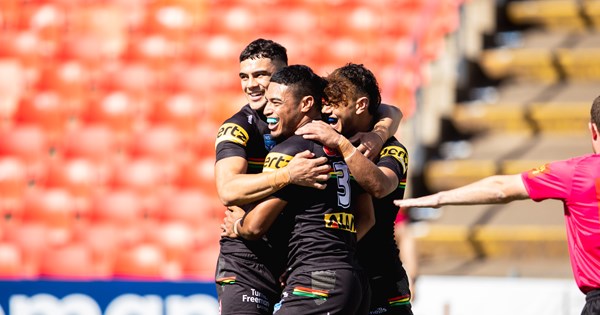 The Jersey Flegg Penrith Panthers have crushed the Canberra Raiders 64-16 at BlueBet Stadium on Sunday.

Agree re Crighton\Staines. But I’m not so sure it’s ALL Crightons fault. Staines doesn’t appear to be very authoritive. He seems to lack confidence in making a call or chasing possession. Instead being content to remain a constant backup.

Solid effort across the park. The Raiders came to play, and stayed with us for around 55 minutes, with Chricton’s 2nd changing the momentum of the game. I’m sure there will be plenty of discussion in the media & social media pages about that try & the following try. I have to admit I wasn’t convinced of either of them, and wouldn’t have been too upset to see them called the other way.

Soni Luke impressed on debut. His pass for the Yeo try was the type of things I saw him doing through the juniors, which was why I always rated him. I wouldn’t be surprised to see him & Kenny as our hooker/bench utility combination next year.

EDIT: After watching the game at home (easier to see than the screens at the ground), I’m ok with both of those tries.

I agree that Staines does not seem to be a dominant personality, but I think that every time Crichton get the ball he tries to go around the defense down the sideline cutting his winger out. I think Crichton needs to draw defenders to him and release Staines down the wing. That is how Tago/May and most such combos operate with the occasional times where the winger will come back inside. But it is nearly continual that Crichton takes it over to the sideline and rarely gets the ball away cleanly to his winger in open ground.

Watching the game it seemed like the Panthers had many more players on the field than Canberra. The stats make remarkable reading.

Agreed. This contrasts with Staines’ debut against Cronulla, when he was consistently fed good ball with room to move.

All great points above, and what a great game to be at.

Teams can run with us for the first 30 minutes, we wrestle our way into dominance, and blow them off the park in the second half.

So far this season this has worked regardless the opposition.

Titans should be know different, Parra in two weeks should put up a bigger fight.

I am wondering if Critta doesn’t have the skill and positioning as a n attacking centre. His defense is great, but seems to becoming a Dean Whare type in attack. Maybe in attack we swap Critta and Charlie around, but leave Critta on the inside for defense?

We ran for over 1km more than the raiders. They only had one set in the second half inside our half - which was the last set of the game o. The back of a penalty.

What’s with the media question to both coaches and captains asking about the crowd clap? Disrespectful was suggested. Never before seen so much respect for Anzac service.

Hate to focus on the negatives, but with almost all the team having a great game it saves typing;

Crighton- as above, good game but he has a problem in attack.

Eisenhuth- wasn’t his best game after a few weeks of high quality, made a couple of mistakes. That one off the kickoff was a coach killer.

Luai - good that he was getting more involved with the right, not so good was his errors and missed tackles. Fortunately our defense structure can make up for that.

All in all a great game, great game day experience, and I am just nick-picking with the negatives. Bring on the Titans, and 22 straight against the Eels!