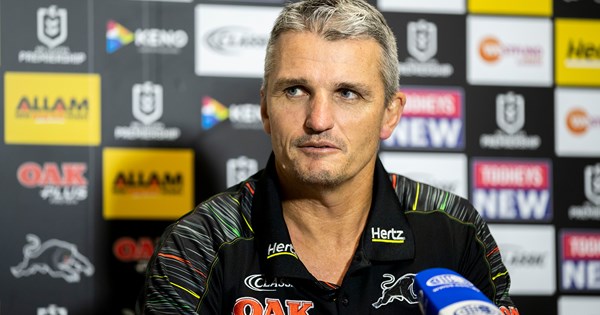 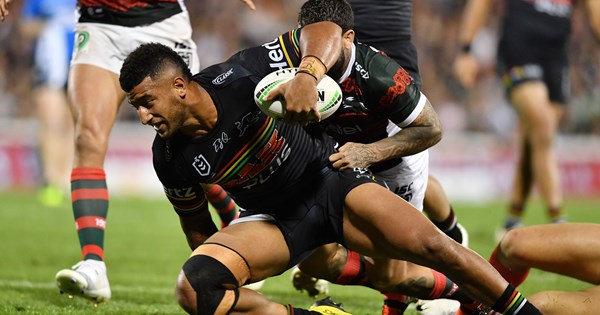 The Panthers fell to a narrow 22-18 loss to South Sydney Rabbitohs at Panthers Stadium on Friday. 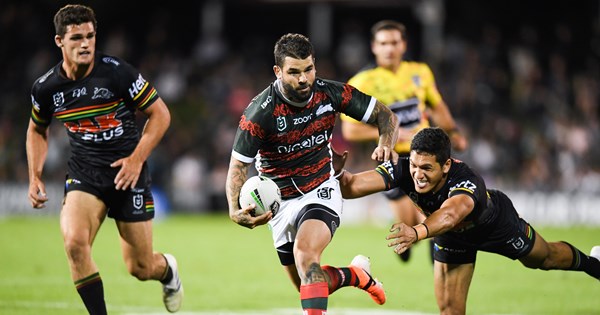 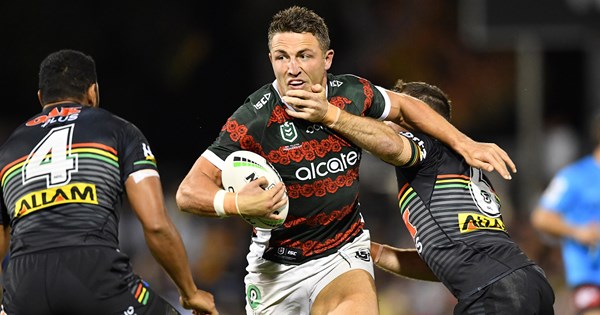 MAN OF THE MATCH VOTING
http://pantherpride.com.au/t/round-7-v-rabbitohs-motm/

Aekins at Fullback, DWZ in the centres.

Surprising no Cartwright on extended bench, guess Edwards or Fuimaona May come into the 17 if the coach considers the Aekins / DWZ switch a gamble.

Then again, knowing how coaches play games, Ellis May end up starting lol.

Good to see Aekins getting a run. Not to sure about DWZ in centres, would have thought he would be better suited to wing, with MWZ in centres.

Souths have the 3rd best defence and 4th best attack this year to date and sit 4th on 10 pts…we all know how poor we have been in both.
Damien Cook will be key for Souths and for us tonight…we need to simply shut his natural game down but if he is allowed to do his natural thing Souths will run riot over us and to be honest the way our middle has been going in defence it doesn’t fill me with confidence and Maloney will be tested in every movement from Souths IMO
To counter this i would like to see Maloney on the Bench for this game until we can inject him when Souths big boppers begin to tire and could be a play Bennet might not have catered for in training and might throw Souths off their pre conceived game plan.
In short we need a major turnaround because this is really the first Top 8 side we will have played save for the Eels whose form has continued.
Add to not only our poor form you have what if any impact of the Gould move will have played this week on the team.

Oh well…conditions should be superb, no rain and no wind with a fast track which should suit Blake,DWZ but will also suit a couple of smart kids they have

Up to the team to show what the season means to them tonight.

Melbourne Storm not at top 8 side!!!

Not sure what to expect tonight - I’m sure we are a better team than we are showing, but how we ignite our potential, I don’t know.

Going to game more in hope than expectation. It’s going to be a long way back if we don’t get the 2 points tonight.

Agree, Mr. Walker. If we lose this, we can very nearly write off the season.

I wish I could be more confident, but our form has been rubbish all year & I don’t see any reason why tonight will be different.

The only silver lining is that I’m a hopeless tipster but, even allowing for that, I think we’re in for a long night.

… what happened to Jack Hetherington ???

We are the better team despite the scoreboard

Haven’t read a comment - the burgess bullshit penalty is driving faithful fans away.

We looked better tonight. Aekins was excellent and might have just earned himself the fullback jumper. Egan was also great, hope he keeps his spot over Katoa (and pulls up okay with that shoulder).

Losing to Souths, watching the game with my Souths supporting husband and his family… Not fun.

Is our season done?

That loss hurt more than the rest this season. They didn’t deserve to lose that game, for the first time this year I feel Penrith we’re the better side.

Ashley Klein needs to be banned from Penrith games going forward. He gave Souths every chance to win that game with what could only be blatant calls resulting in the Panthers having to climb a mountain to win.

It was a real kick in the guts. It has really left me disenfranchised with Rugby League.

Funny you say that Steve, my father was saying the same thing.

Last week Sam Burgess had an on field protest against the referees. Those refs held their nerve. Tonight they bent over for him.

I’m not sure we have won a penalty count this season. We just aren’t receiving penalties. Last week it was 7-2 in favour of Cronulla. And one of those was for a dangerous throw!

A few years ago Roosters chucked up a big stink and things turned around really quickly.

They missed quite a few key forward passes that lead to Souths tries.

Is there a way to write a serious letter to Graham Annesley? I would love to see his response to some of these calls. He seems genuine.

I do think we took quite a few steps forward tonight, and next week we play our traditional rivals in the Raiders. We usually play well against them - hopefully we can get the W in Wagga Wagga.

Can anyone explain the double movement ruling? To me he looked short of the line & was struggling to get up to play the ball.

Round 7 Man of the Match voting is now open here.

Can anyone explain the double movement ruling? To me he looked short of the line & was struggling to get up to play the ball.

This is straight from the NRL Rule Book (Page 24, Note 2c: Second movement after tackle)

Second movement after tackle
When an attacking player is tackled within easy reach of the goal line he should be penalised if he makes a second movement to place the ball over, or on, the line for a try.

So what happens if a player does propel the ball forward and it doesn’t reach the line? Does this mean that he is penalized for even trying or doe it only qualify for a penalty if the ball touches the tryline or exceeds it?

…and if it does mean if they tried and was unsuccessful in getting over the line it qualifies for a penalty, then doesn’t it also apply if the did the same thing anywhere on the field (in normal play away from the tryline).

Either way, from what I saw there was no evidence to suggest that Fisher-Harris got the ball to the line and the call was bogus.

i think a lot has been covered by other posters and have to agree on a few points.

But despite these points…how can you forgive Maloney for playing the ball facing the sideline for us to score a try only to be denied for this dumbest of all plays?

we still came up short against a team who showed amazing resilience in defence and again we struggled to score and despite all the penalties, brain explosions and poor execution we nearly got them but in this level you cannot rely on hail mary comebacks.

I willl be in Wagga on Saturday to watch the boys go around and strangely we play a side with almost the same look in Canberra who have big mobile forwards and backs with speed to burn and i doubt we can lift another notch but hope we can.

Raiders are in great form, Tigers are on tilt but will want to win for the golden point game,Warriors all but beat Storm in Melbourne and Eels have gone to another level since we met in Round 1.

Then its origin time and doubt either Cleary or Maloney would make the squad on form nor can i see RCG making it.

The call for incorrect play the ball was late, but the right call.

I have a big question mark over a number of other calls though, especially the double movement & pass off the ground (which also looked forward). Both looked to be incorrect at the ground, and having watched them both again I’d have to say both are wrong.