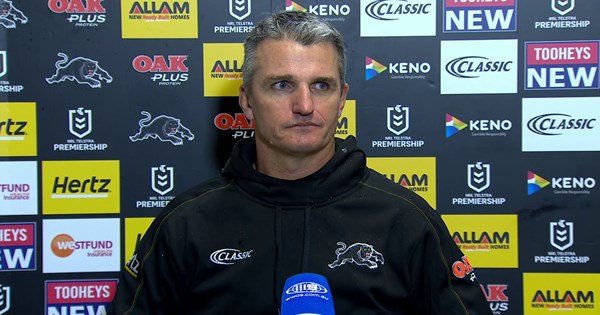 The Panthers make it seven wins in a row by slaughtering St George Illawarra Dragons at Panthers Stadium. The Dragons are dead in the water after a 40-18 pummelling from Penrith led by a double from pint-sized flyer Brian To'o on Friday night. 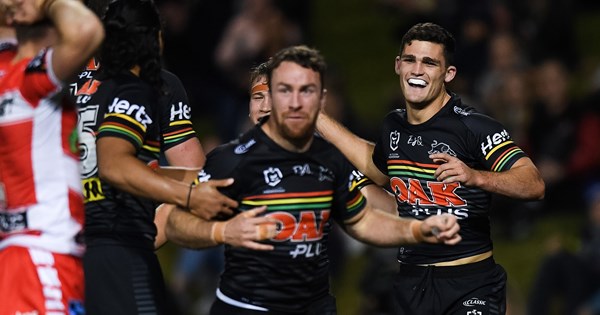 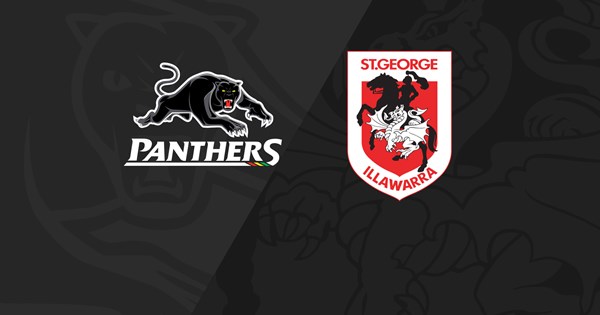 MAN OF THE MATCH VOTING
https://discourse.pantherpride.com.au/t/round-18-v-dragons-motm/370

What happened to Liam Martin ???

Martin got injured at training last week (quad I think), should be back in the next 2 weeks

Dragons season will be all but over if we win and i doubt they will surrender the win to us without a dog fight and our team cannot bask in the history of winning our last few. its all about winning our next few and beyond.

We have managed the SOO period surprisingly well and we are in the final 3rd of the season, with all teams carrying bumps and bruises plus some players from SOO even a little metal exhausted but this is where desire to win comes to the fore and a teams hunger for the title begins to show.

Oddly enough the Top 8 will see little if any change this week as most Top 8 teams play each other but some games such as this for us gives us the opportunity to correct our “for and against” which could really hurt us if we keep on winning.

Will be bitterly cold tonight but conditions should be good for both teams.

Completely agree SBF, while I don’t believe this game will be easy, all things considering I am expecting a performance not unlike our season best performance against the dragons last year.

Resting Hunt and playing Nichols is either not respecting us or handing in the towel. That said I actually rated Nichols when he played with us, but he doesn’t seem to have been a success with the Dragons.

I’m expecting another nail biter. The Dragons season is on the line, and while we have won 6 in a row, we have been far from convincing. I’m tipping a 7 point win, with the field goal on the last 2-3 minutes to seal it.

Anyone else finding the beer and food lines ridiculously long tonight?

No - under the eastern stand max 4 people in front of me, went their 4 times ha haaa

Guess I should of tried there, southern and western kiosks were packed until the game started.

Great win by the boys, kinda wish we had gone on with it rather than playing safe the last 20. Loved the fact we scored our last try with 2 hookers and 3 halves on the field.

Dragons were pretty woeful though, but then again you can only play what’s in front of you.

7 wins on the trot, bring on the Raiders!

Despite dubious ref calls (again) there were a few things which impressed me and ticked the boxes in what i was hoping to see.

Gillard has his best game this year and Cleary’s return from injury was brilliant but it was our desperation when Kikau was stupidly sin binned where i took most out for he game…we defended like champions when he was off and we could have easily let in soft tries because they lifted then but we were very impressive in the hunger to hold them out.

Last night i saw a very happy team, sure we still need to improve but its there and it is a remarkable turnaround from only 7 weeks ago and its hard to believe the departure of DWZ and Blake has made such a difference and we have players like Martin still to come back.

But there is nothing like winning despite some very shaky wins last night was none of those…we dominated in every facet of the game and we were hungrier, ran harder, kicked better in general play and in their red zone and we defended better.

Was it a masterclass…not in anyway but it is a huge step in the right direction with players beginning to have confidence in their team mates and it showed last night with even Mansour having a great game in defence with 2 bell ringers which needed to be made and Gillard running with conviction and being rewarded with a try.

For now…enjoy boys you deserved last night because it was won on your effort and belief.

Lastly on the refs…Panthers will have to ready themselves for when any tough call might/could/should go our way it won’t…case in point i think Leota scores under the posts and the Duffty shoulder on Naden was either a penalty try and if not awarded we should have had a penalty and Duffty getting 10 mins for a professional foul…there were others but we will have to prepare ourselves for having every bad call.

We overcame those setbacks last night but in a crucial game like a final it could really hurt us, but if we are prepared mentally as they did last night, adversity is something we can use to our advantage

It was clearly evident to me, the dragons are playing as individuals not as a team. I wouldn’t be surprised if Frizell wants out.

that would diminish what we did to the Dragons last night

we had a great team of Panthers on the paddock last might…who are only in my opinion beginning to understand what they are capable of.

Not sure what to say there SBF, just stating the obvious, we were in a similar boat at the start of the year.

I really liked the way Maloney got stuck in verbally as well, he was on fire and IMO put a couple of em off their games. At one stage Graham tried to stop him from getting stuck in - it was gold.

… pleasantly surprised at our resurgence but not getting carried away.
We’ve accounted for an under strength chooks and edged nail biters
v Rabbits & Warriors. Our confidence is on the rise and we won & won
well last night. Nads & toto have been a real find and their form along with Edwards in the backline has given us some penetration we didn’t possess earlier this season. Kenny a real live wire has also contributed to a new
found enthusiasm & determination. I agree with SBF next week v Raiders
will pose a sterner test, a test we’re up to IMO.

Result either way, we will all blame the refs and probably rightly so given recent weeks

I was a bit skeptical having Luai on the bench but it turned out the be a master stroke.

When Maloney, Cleary and Laui were on the field the Dragons defence was in two (maybe three) minds. No matter how the decided to defend them the three would switch it up. One occasion the defensive line read that Maloney would feed the ball to Luai and then Maloney grubbers the ball over the line for Cleary, having a third half on the field was bamboozling the defensive line and lead to the second half capitulation of the the Dragons.

Will it work against the Raiders, I would like to think so, but do you risk having another half on the bench against a big Raiders pack?

That will depend on how our forwards aim up, if JFH and Tamou continue to start like they do and RCG and Leota come on full of grunt, the 3 halves would work a treat.

It’s all on our pack and how they aim up!