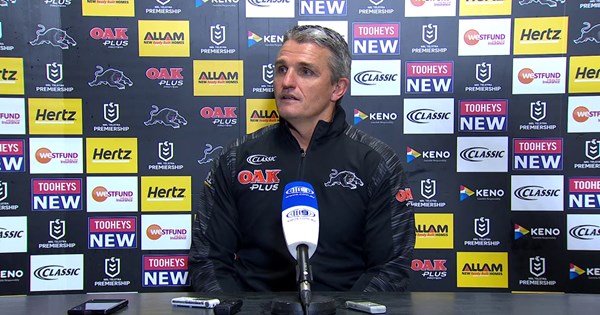 The Panthers saved the best for last in 2019, annihilating Newcastle Knights 54-10 at Panthers Stadium on Sunday. Penrith have sent James Maloney off to the Super League in style with an emphatic fashion with Nathan Cleary guiding the Panthers to a massive win over Newcastle. 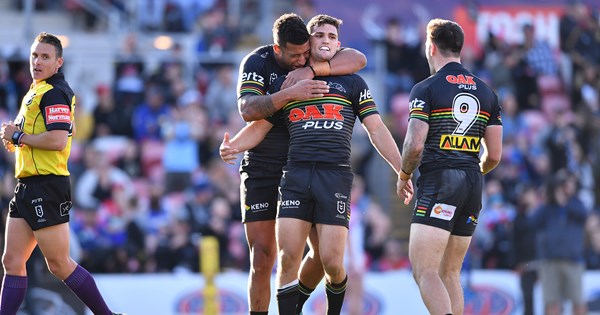 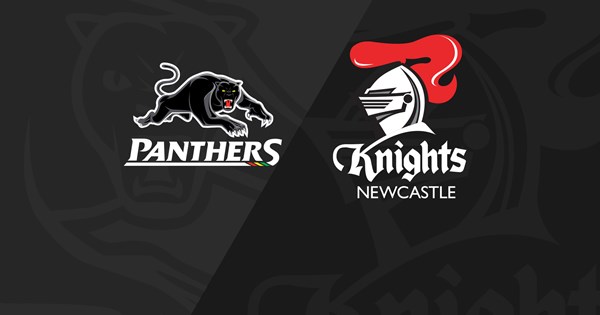 MAN OF THE MATCH VOTING
https://discourse.pantherpride.com.au/t/round-25-v-knights-motm/404

Same all same all regarding the team selection.

Considering it’s a dead rubber game, I don’t think they felt the need to shake up the squad, besides it might be the last time some of these guys play in the same team.

Somewhat ironic that this game is the showpiece TV game on Sunday afternoon given the outstanding season these two teams have had.

Steve…which players in the team dont you expect to be here next season…isn’t Maloney the only one who officially departs.

I would be expecting a end of year review considering the season we have had.

I would imagine there will be some question marks around a few players that may be potentially told they can look elsewhere as they are not in the teams future plans. I don’t have any evidence of this of course but I would imagine the contracts of RCG, Whare, Mansour to be looked at, I don’t think May will be returning to the club either. You also have Winterstein coming off contract.

I imagine next year will the year Coach Cleary gets to put the team he wants together.

why do you say Whare and Mansour?

I believe RCG will go along with a few others but why would Whare and Mansour because they are long term monster deals with us?

and can someone closer to the club explain why Burns is getting a run in the firsts when Burton isn’t?

Winterstein and Katoa’s contracts are finished at the club, I don’t see them getting extended. There was an article today about Wayde Egan been told he is no longer needed and will be released. McKendry has another knee injury and will be retiring at years end.

Out of all the off contract players, the only one I think they will hold on to is Jed Cartwright. Wayde Egan, Tyrell Fuimaono, Sione Katoa, Hame Sele, Frank Winterstein will probably be moved on I would suspect. Whare and Mansour will be players of interest in the end of season review. Both had quiet seasons, both are on good coin, and both are on long contracts.

I foresee a big cleanout before the 2020 season.

Good points, Steve. I think Whare & Mansour are terrific players, but both have had poor seasons. Both have also been injury prone in the last 2 seasons, esp. Whare with hamstring problems that seem to plague him.

I don’t know if they should go, but I agree they will certainly come under scrutiny.

The Panthers Canterbury Cup side finals run has ended in its first week, eliminated by the Wentworthville Magpies 34-16

… our stars of the future, lapped !

Jersey Flegg have beaten the Roosters 25-24 in extra time, and advance to the Preliminary Final in 2 weeks time.

Steve you posted…some at the club are not fans of long term contracts including the coach!!!
Seriously he is on a 5 year gold plated deal as is his own son…IF…as you suggest he doesn’t believe in them why would he accept one?
I am torn between long term contracts and players futures, and would be happy with a long term contract if it had measurable and quantifiable KPI’s and players and coaches alike were paid a “performance” or “outcome” bonus . For example giving Cleary (the son) $1m a year without any KPI’s attached is just asking for trouble
There doesn’t appear to be any accountability for their own actions, which sit outside any reasonable assumption any other employee would have
I understand its a team and for example you could have others outside your self playing badly but maybe there needs to be a “team” bonus on top of a players bonus.
Anyway for what ever reason, what we have at Panthers aint working
On the player cleanup…no one wants to see anyones career end as for most of these guys its all they have but we have too many who are just not good enough and need to find another club and this May overhang has to be hurting us and him…why the NRL won’t allow us to sit him outside the cap and club until his legal issue is resolved is bizarre…its almost like he is an employee on workers comp…costing us money and cant contribute

On todays game, wind could be a major factor although i suspect we have 2 sides who just want to get through 80 minutes and get on the grog.

Good first half, crowd is better than expected.

Luai looks ok in the centres

Good to go out with a bang!!

Long off season ahead. See you all next year! Best wishes to all on the forum & stay well!

Until next year everyone

Thanks for your posts and valuable information about the club, players and stats

Didn’t think we would be going out in the last round of the year.

Where has this been all year?

Crighton’s not a winger, Luai’s not a centre and we still beat them.
Newcastle have bigger issues than us by a long way. The win for
mine does little to sweeten the bitter taste of a season soured by
a myriad of internal issues. The NRL hierarchy disappointed as did
the rule makers and rule enforcing officials. Our game has withered
on the vine and needs a facelift pronto.

Meanwhile the Panther Pride faithful have been just that. Thanks
for your company, opinion and never ending optimism. Look
forward to your 2020 input. Go you Panthers !

Great way to finish the season, especially with Cleary breaking the record for most points in a game. It makes you wonder where we could have ended up if we had played like that from the start.

EDIT: The last conversion took Cleary past 600 career points. He is just 12 points short of Preston Campbell in 4th for points for the club, and with a good season next year could overtake Michael Gordon in 3rd (will need 198 points).