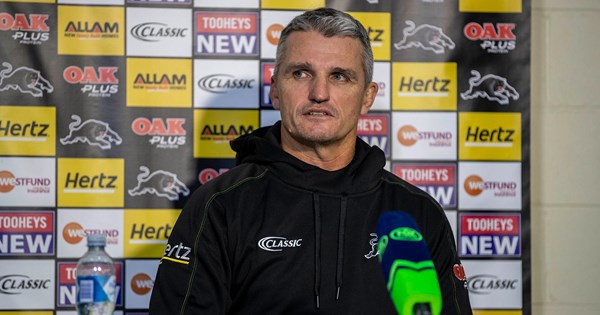 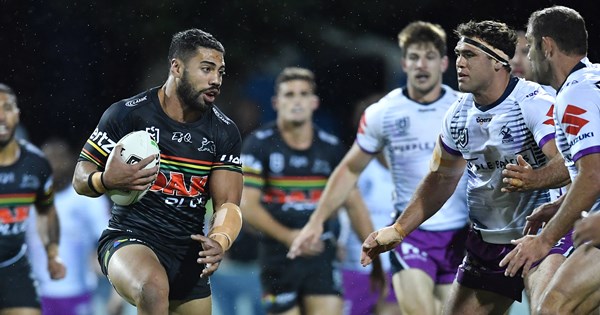 The Panthers were punished for poor ball control in a 32-2 loss to Melbourne Storm at Carrington Park on Saturday. 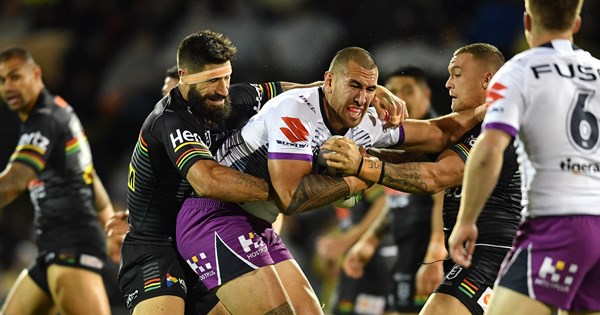 A nightmarish outing for Dylan Edwards at the back and similar horrors for the rest of Penrith's star-studded spine have consigned the top-four fancies to a 32-2 loss to bogey side Melbourne. 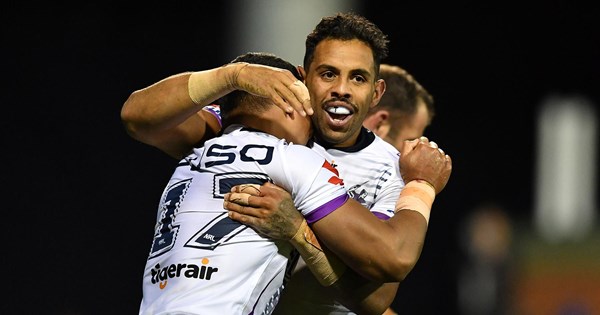 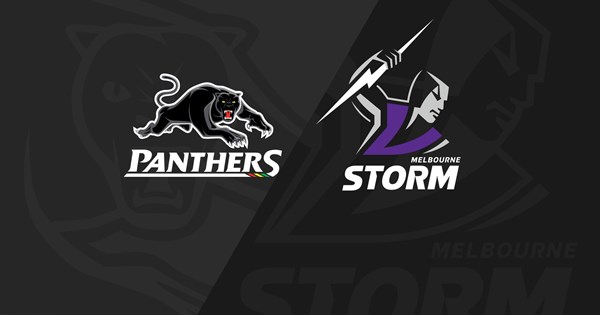 Yeo is out of the squad

Yeo could still play, he must sit through a 3 hour independent doctors IQ test and if he fails he is out for a set period of time, if he passes he is then called fit to play for the weekend. Moses Mbye had it done and was talking about it on Fox last night.

, I know my post appears to be a misnomer BUT that is the NRL rule. If someone is concussed in consecutive weeks, they cannot be named the following week. If he passes the IQ test from some doctor, he is then passed fit to play and can be named.

Doesn’t make sense but that is how the NRL decision making is…different to logical!!

… been called lots of things Kev but never a gluteus.
nb you got the intelligent part wrong. Cheers.

Congratulations to Liam Martin! I hope he has a good game & that his first NRL game as a Panther is a win!

This game against the Storm will be a good indicator of where we are at. Fingers crossed!

Get Edwards out of a flat line. RCG not earning his keep.
We’re in the game but poor choices in possession.
Need to improve to roll this mob.

Unless we improve radically, we’re f&*!ed.

Did we win, I’m in Newtown and have no clue, what is wrong with these people?

Well, the usual pattern against the Storm. They get on top, we stay in the game for 40 mins or so on the scoreboard, but they clearly own us. Then they put the foot on the throat in the 2nd 40 and run up a score.

We never bear this mob. And I don’t think we believe we can beat them.

Pretty depressing & the game isn’t over yet.

Glad I’m not watching them, delete the recording?

I think we’re actually better coached than last year. You can see that with our last tackle options, and structure in attack. The problem, is that our players simply aren’t performing. I really, REALLY like Dylan Edwards, however at this point i think he needs to go back to reserves and get some confidence back.

DWZ hasn’t been much better, but at this point i would like to give it a go. It also opens up a wing, for MWZ who in his one match provided more spark and effort than the rest of our backline in three games.

Dean Whare could probably drop back to reserves too, but idk who replaces him. I really love our team, which makes it really difficult to talk about our players like this.

Maybe Nathan wasn’t very effective tonight, but what i saw was a player always diving on lose balls and trying his guts out. If we had more players doing that, then we wouldn’t be in the situation we find ourselves in right now.

2017 started like this. Our season was gone until we had that huge comeback against the warriors, so its not over yet. However something needs to change and fast.

On the bright side, when we’re losing this forum is way more active!

On the bright side, when we’re losing this forum is way more active!

Agree with everything that dufeyz said.
Except for maybe the coaching bit. Some of the players haven’t showed up after the off season.
Yep the backs are just under-performing. DWZ to fullback and Cartwright in the centres, They need a rocket put up them. Maybe Egan and Luai with more minutes.