Panthers prevail in tough contest against the Titans

The Panthers pushed through the absence of several injured players to defeat the Gold Coast Titans 22-14 in a tight contest at Cbus Super Stadium on Sunday. 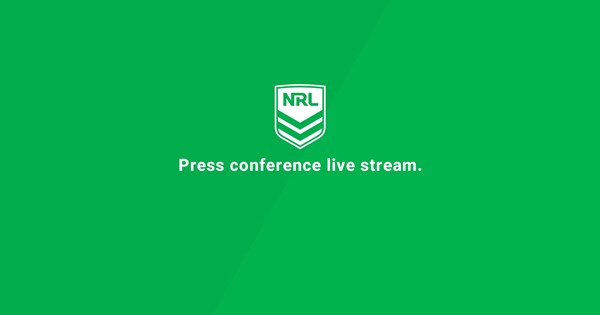 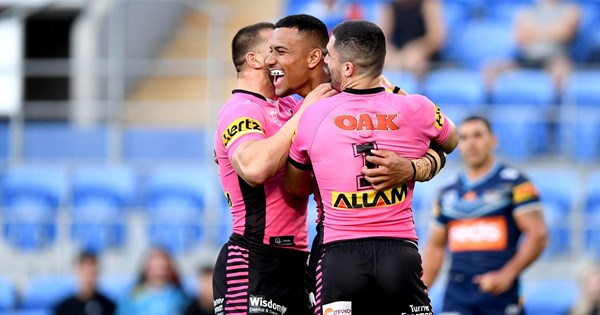 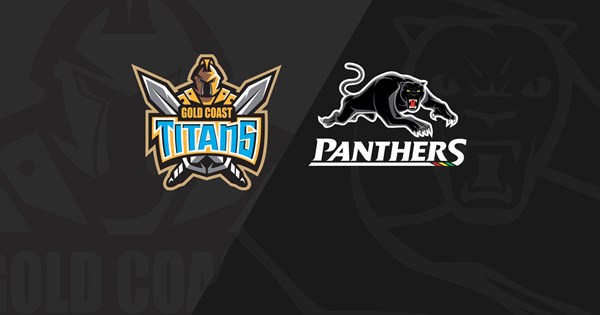 Same as the Cowboys lesson, we cannot think we are going to win, we need to go there with a distinct game plan for them specifically and set out to achieve that plan.

Half arsed should be left to the broncos.

Resting / injured players, yet we keep Billy Burns rather than give Burton a run.

Perhaps I’m being pessimistic, but I can see Burton becoming another quality player that we ‘let go’. I presume that IC has faith that BB can learn control and become a quality backrower. The same can probably be said in regard to Hetherington.

I’m with you Pete, we are playing a guy in Luai who is temperamental with his footy, when he’s on he’s great, when he is off he is akin to Luke Walsh without the kicking game

Yet we have another guy who has been nothing but consistent, even when targeted he played footy. I for the life of me cannot understand why he isn’t being picked, even as a benchy. Could it be an NC issue, surely he would compliment rather than steal any thunder………just sayin, there must be a reason

Re Hetherington, I have been impressed with his attitude thus far with the Warriors, regardless of the scoreline, he is still trying and giving 100%, that is all you can ask right.

Kevin, do you think that it is to do with balance? With NC and JL we have a kicking half and a running half. If IC sees MB as another kicking half, he might not like having two kicking halves. I probably don’t know enough about the intricacies of rugby league to make sense out of it.

Having options, particularly kicking options in the halves is paramount and isn’t Burton a lefty? I haven’t seen him in that long I can’t remember ha haaaa

I guess we cannot complain too much given we are still winning and I don’t want to be “one of those” people who are never happy. I just don’t want to lose such brilliant young talent and if we HAVE TO lose someone, my preference would be Luai…who is our starting half…go figure !

With us resting Api for this game, all the more reason to have both Burton and May on the bench (and no Burns).

It’s not like the forwards are going to have a hard day, and May can play 2nd row if needed. I’d even throw Burton into lock against them if needed.

Thing is as much as he was inspiring last year, Kenny looked unfit early this year. And haven not played for a while, may not quite have the match fitness to play many minutes. If May goes to hooker we have no other back coverage, and certainly with Edwards out no other playmaker.

Going to be a tough game against the Titans. They will be flying in and out on Game day under strict biosecurity measures. Hopefully the guys don’t make any hiccups on the way up to the Gold Coast.

I think we should have a learned a lesson from last week, that you really need to earn the right to throw the footy around. I’m actually confident we will win by 20 or more points. The titans aren’t exactly a well-oiled machine and if we can put them under significant pressure, i’m sure the likes of Luai, Kikau, Chrichton and Cleary can cause enough damage to pile on the points. There is no question about the capabilities of our forward pack.

Steve Clark & Ben Galea have been axed from our game, following a howler in the Sharks v Dragons game. They will be replaced by Jared Maxwell & Brian Norrie.

If the NRL are going to start standing down match officials (on-field & in bunker) for blunders, they are going to run out troops very quickly. Maybe they can just start getting people from the crowd

Hope we don’t get a howler against us today

Kikau out due to a calf injury incurred during training.

Burns moved to starting lineup, Burton onto the bench.

Looks like May will be in the 2nd row/ lock rotation, and Burton as bench utility.

Steve Clark & Ben Galea have been axed from our game, following a howler in the Sharks v Dragons game

A little off-topic, but if I were the Dragons I’d be livid, as that no-try to the Sharks which was erroneously given, changed the result of the game.

Surely the time has come for the NRL to reverse results in obvious circumstances. It seems to happen at least once a season.

At worst they should declare a non result - either 0 points to each team, or split the points 1 each. Failing that a mid week replay, although with current scheduling that would be neigh impossible.

There’s no way in circumstances like this, that a team should take 2 points from an officials error.

There’s no excuse for the bunker missing it. Just like Kikau’s goal line try which was missed last year

A solid first half, where we haven’t done much wrong. With the way we have dominated, we should be up by 15-20 points. Credit to the Titans, they have made the most of their opportunities.

consistently naive, don’t deserve to lead the comp.
We do the hard work then take the foot off the pedal.

It wasn’t pretty, but we got the job done.

I found it very amusing how the Titans coach was whinging about not receiving ‘50/50’ decisions. He must not have been watching when Copley blatantly knocked on before Don’s try, then the non sin-bin. Thats 2 off the top of my head Justin.

Anyways, we really played tough in that second half. Smashing them in defence at every opportunity really hurt the titans. I hope mansour and martin are okay, as it seemed like they copped a couple bumps throughout the game.

Again, on martin how good is he going. Looks like he’s going to punch through the line on every hitup.

We weren’t at our best, but you can’t expect that with 7 players from our top 17 out injured. I’m glad we came home with the 2 points.

It was a bloody tough ask of the boys today.

Missing Whare, Korisau, Edwards, To’o, Tetavano, Staines was just the tip of the iceberg, they played their first FIFO match of the year, and nature decided to turn on the water works.

Not to mention a Titans team that we’re determined to turn up today and make a statement against the team at the top of the table.

Full credit to the Titans, their defence was strong and their attack was sharp.

It was looking like the Titans were building some momentum toward the end of the game but Cleary kept his cool and kept the Titans where the Panthers wanted them and grinded out the win.

Thought Cleary had a great game, as well as the forwards. I was also super impressed with Aekins and MWZ, I thought for two players that have seen limited game time due to the lower grades not running played really well, MWZ looked pretty dangerous on the wing today.

I think these are the games that will define us later on in the year. Even with a bad hand and a determined opposition, we can still roll up our sleeves and grind out a win.

Make no mistake. There is a target on our back now. There will be no flying under the radar. Teams will want to prove their metal and give to us as hard as they can. We need to have the nerves of steel to shut them down.