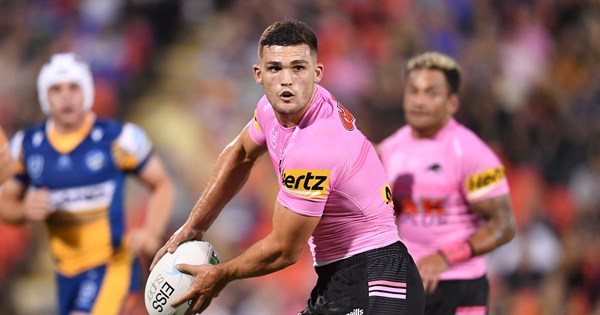 Panthers prove too strong for the Eels

The Panthers looked sharp as they posted a 16-6 victory over Parramatta Eels in a Battle of the West trial match at Panthers Stadium on Saturday night. 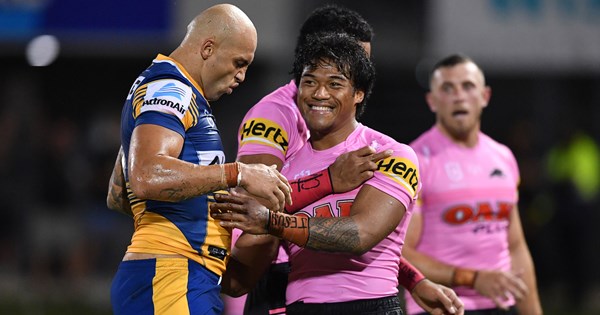 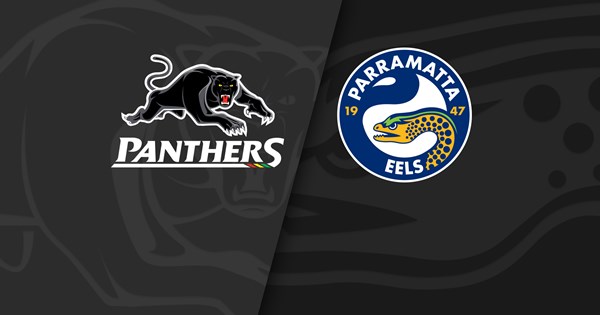 * Team numbers are not indications of number on field. To indicate likely position only.

I guess it’s not just the players returning rusty from the off-season.

Hey Kevin, do you reckon the loss of the experienced Tamou and Tetevano will be felt first up ???

Team lists have been updated.

Puss, No I don’t. IMO this will be break out seasons for Moses and Spencer. Tetevano will be felt if Eisenhuth does not aim up, but based on his Tigers form last year it is essentially a like for like situation, just without the big game experience.

My biggest concern is our 2nd rowers lol edge forwards in the modern game, the way Martin plays, he is prone to injury and Kikau appears to be puffing Billy after 10 minutes, I don’t really rate Capewell even with his Origin performances…he was being marked by an overrated, over marketed run of the mill A grader

so unless we get an injury free season from these 2, I fear for points against not to mention our attacking weapons being used.

Sorry to disagree Kev, but I rate Capewell. He is a solid forward and often finds himself punching through a gap with some good pace. I think he makes for a good forward. You may be right in that he may never be one of the highest rated forwards in the game, but he works well outside of Laui and he is a hard man to stop when he is barreling down on you.

I personally hope he earns a contract extension towards the end of the year.

The 1-13 listing above looks like how we will start round one.

Being a trial of course, expect lots of position swaps through the game.

Only playing one hooker, so I expect May and maybe even Burton to relieve Api.

We look like we are ready to pick up where we left off last year. Starting to get excited for the season.

Match results and related post game media have been updated.

Good to get out to the game and experience a bit of normality again.

I was camped out to watch all three grades and was pretty impressed with what I saw.

Jersey Flegg looked solid, the Eels didn’t make it easy for them, but they pull away in the second half for a comfortable win.

The NSW Cup game was impressive. The difference between the two teams were like night and day. The Panthers were off to a good start, planted their foot on the papal and never looked back. Rob Jennings looked sharp and Naden was getting himself into as many plays as he could. Very good performance, putting on 40 unanswered points. They are going to be a handful for other teams this year for sure.

The NRL match was a high quality match for a trial, both sides were almost full strength. I couldn’t fault them on much. Some of the fifth tackle option were not the best, but it’s expected without months of game time. Parramatta spend a lot of time on defence and playing out of their own 20 zone. They kept hitting the side of Staines and Momirovski in attack but was shut down, twice being bundled over the sideline. Luai was amazing he hasn’t skipped a bit since last season, which is true of the team as a whole.

The “B Team” came on with about 20 minutes left of the clock and looked pretty slick. Tyrone and Matt Burton played in the halves and put pressure of the Eels, with Burton passing wide to Taylan Maybout wide to put on the last try of the game.

Overall a good performance all round by the Panthers in all grades. A lot to look forward to in Season 2021.

thanks Steve for the summary but if you believe the media Souths have the comp won…LOL
Just on what we have seen on the weekend and not much can be read into it, looks like the usual suspects will be there again being Roosters and Storm and probably the worst effort goes to Dragons.
A win is a win and keeps their head in the right space and we are going to need to come out of the blocks fast and ready for it in game 1.

Trial form aside, I think last years top 6 (Panthers, Storm, Souths, Roosters, Eels, Raiders) will be the top 6 again this year (not necessarily same order). There seems to be a gulf between these sides & the rest of the competition at the moment.

that’s exactly what I said yesterday. The media know that the bunnies played StG right??

No need to be sorry Steve, it is just my opinion and I sincerely hope that he proves me wrong. Maybe the SOO and who was marking him has shadowed my thinking, time will tell.

I missed the trial, can you confirm who played ‘7’ in the last 20, i.e. who was calling the shots, was it Burton or May? I think that is a great move regardless, if NC gets injured, who is our best option…

Tyrone May played at halfback for the remainder of the game after Cleary was taken off, Burton at 5/8.

I thought we controlled the game well & always looked to have the eels covered. Our timing looked a little out, but to be expected. The defence worked well & had answers to whatever Parra offered.
Parra’s best chances came from two dropped bombs & they scored their only points from one.

We were playing a top 4 team from last season, and both played ok. I recall a few years ago attending the same match, and I left the ground saying we had just watched two of the bottom 4 teams play.

Play got scrappy in the leadup to halftime, but otherwise a pleasing hitout. When we got a penalty about 20 out from their line, NC took a quick tap and used an offside slimy as a shield, going close to scoring. I heard someone sitting near me say he’s always thinking & it’s true, he’s always in the game.

We look good for another positive season, but looks like the bunnies have already won the whole shooting match