^ Competition are not due to start in the near future

Gatherings of more than 500 people to be cancelled

The Prime Minister and state and territory leaders want all non-essential gatherings of more than 500 people to be suspended from Monday amid fears about the spread of coronavirus.

Prime Minister Scott Morrison said the cancellation would not be extended to schools, universities, public transport or airports.

“It is precautionary. It is getting ahead of this to ensure that we can minimise the impact on your health and [so] we can ensure with confidence the ability for people to be accessing the health services that they and their families will need,” Mr Morrison said.

The leaders have also urged Australians against travelling overseas unless it is essential.

“We now advise all Australians to reconsider your need to travel overseas at this time, regardless of your destination, age or health,” Mr Morrison said.

“If your travel is not essential, consider carefully whether now is the right time.”

The Australian Formula 1 Grand Prix in Melbourne had already been cancelled today, and spectators for cricket games banned. Questions about crowds have also been hanging over NRL, soccer and AFL matches.

“This is a proportionate early response to get ahead of the curve,” he said.

A senior West Australian doctor has called for all schools to be closed soon and for there to be no crowds allowed at events as the coronavirus spreads, declaring he wants his colleagues to stay alive.
Mr Morrison said a new national cabinet, including state, territory and federal leaders, would meet weekly to assess Australia’s response to coronavirus.

That group will meet again on Sunday ahead of the request for mass gatherings to be cancelled.

The Federal Government on Thursday released a $17.6 billion economic stimulus package in a bid to keep Australia out of a recession.

Mr Morrison on Friday said health officials had not requested an extension of those bans to include other countries, despite the spread of the virus globally. 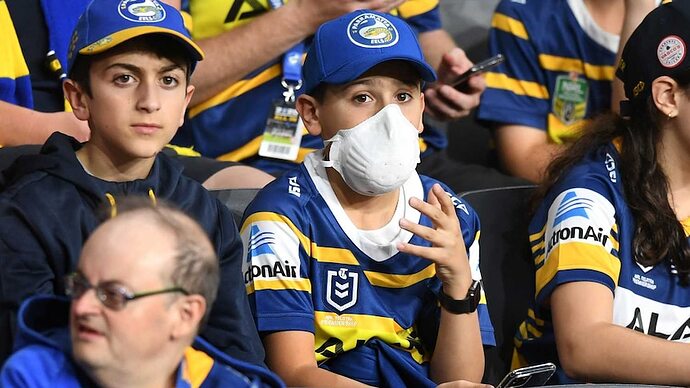 The Prime Minister and state and territory leaders want all non-essential gatherings of more than 500 people to be suspended from Monday amid fears about the spread of coronavirus.

I was wondering if this would happen at some stage. Hopefully it won’t be any more than 2 weeks.

‘social distancing’ seems to be a commonsense approach in limiting
the spread of the virus but shouldn’t junior sport and school now also
be considered?

“Hopefully it won’t be any more than 2 weeks.” Nice try, Mutley. I think your emoji shows the likelihood of that.

Sporting events all over the world are being called off. I think it’s only a matter of time that games are cancelled - and sooner rather than later.

My take on the situation is that as a bus driver, working in tourist areas & the airport, I’m much more likely to contract it working than I am at a sporting event.

Is it just me that finds the reaction and panic to this slightly depressing?

The thought of no football after a depressing summer of fires , smoke , and stupid cricket scheduling, really takes the cake.

Wish everyone and their family good health

Obviously Covid-19 is a serious event but it is exacerbated by the accompanying media circus. For example an ABC news report the other day was talking about a testing centre set up NEXT TO THE EMERGENCY DEPARTMENT in a Melbourne hospital. Surely it would have been sufficient to say it was located at the hospital. Milking it for all that it is worth. Shame ABC.

How bad is our game financially if the game will not survive with no footy?

The mind boggles as to the accounting of our game, What happened to our “warchest” for elite players, is that still a thing?

this what you mean bird man?

“There is frustration but, everybody wants to make sure they can do what
they have to do to ensure everybody’s health”

Maybe they shldn’t have gone overseas in the first bloody place !!!

What happened to our “warchest” for elite players, is that still a thing?

There was a recommendation made to the ARLC to put money away yearly to save for a situation such as this. Sadly that fund was ‘raided’ in 2016 to “help alleviate short-term cashflow issues and pay for a big investment in a new digital media business”.

I’m only speculating here, but they must have scoffed at such a “emergency” would ever be on the horizon. Interesting that this happened in 2016, the first year of current CEO Todd Greenberg, it’s quite fitting that this year will probably be his last as CEO. 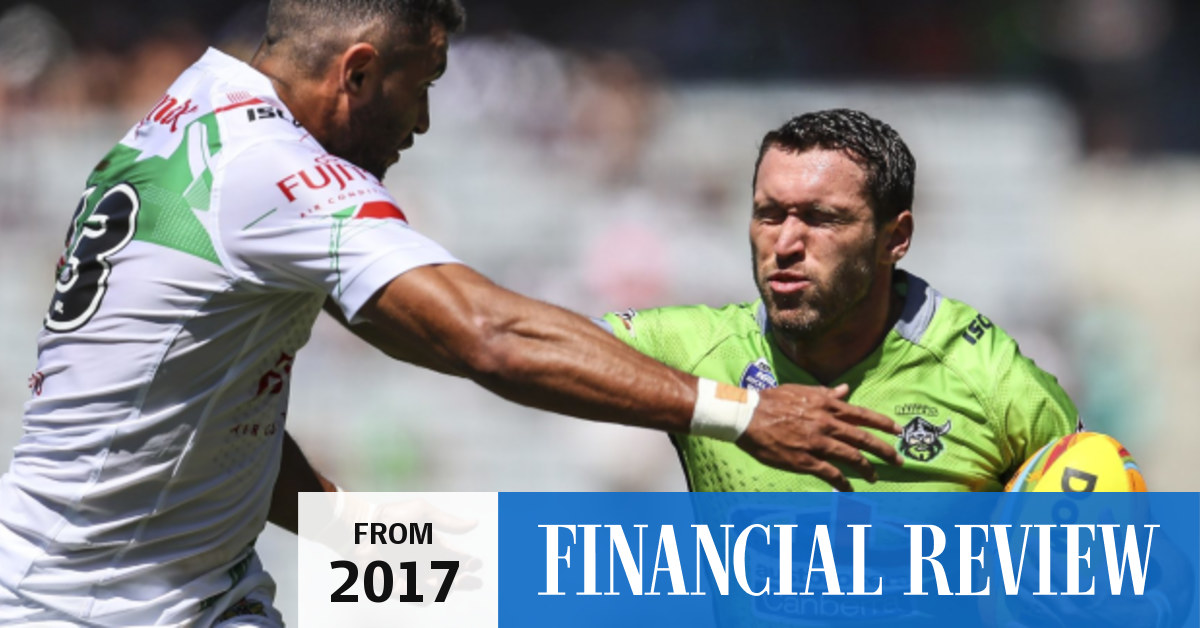 Wasn’t he GM and a key member who saw and had input into he NRL financials?

He couldn’t manage our salary cap while taking a Million a year is salary and wants to hold himself out as some virtuous saviour…PLEASE don’t tell me he is positioning for Greenbergs gig?

Anyways if what what Vlandys said about the financial state of the game we do have major problems and to use a Gould term, if the NRL is “on tilt” look out for someone with deep pockets coming along and owning the game

Imagine if someone like Twiggy Forrest turns up with pockets of cash to save the NRL for control of the game?

“The existing NRL deal between Nine and Foxtel, valued at over $2bn, runs until the end of 2022,”
That was a 5 year deal which was to commence in 2018

Lets say $400m a year…so where does that go or where has that gone?

It has been reported that the AFL will reduce its season to 17 games, where each team plays each other once. I’m assuming that will also include a 6 week delay to the start of the season. There is supposed to be an official announcement tomorrow.

I wonder if the NRL will look to suspend the competition, before shortening the season too?

Sadly the NRL do not have a $120 million dollar warchest put away like the AFL.

A mate at work and I came up to a possible partial solution to NRL funding if the season was canceled:

Run the current season as a virtual comp, with games randomly selected from the last 22 years (post super league).

For example, this week we are vs the Dragons. Randomly select a Panthers v Dragons game from 1998 to 2019.

Do the same for all 8 games. Replay on tv and fox/kayo the historical matches.

No betting on games, season ladder is kept as per usual.

Have current players / coaches as well as former players as guest commentators.

Random game selection kept secret until (15?) minutes prior to kick-off.

Should the season re-commence - 16 team final series (knock out), based on the random series ladder.

Worse case scenario of course, but could be fun and create some tv interest for fans.

mate, do what I do & avoid Gould like the plague - it makes for a lot happier life my friend

I have been saying for years that the NRL has become the employer of far too many. It’s as if the game exists just to provide jobs for people that would not get a job doing anything else.
In these trying times, as a business the NRL needs to shed maybe 20% of the hangers on in the first instance. I’m sure they will benefit from the $ savings, and it will make not one iota of difference. Likely they will soon see they can shed a further 20% of the rest.

Even at club level there are far too many people making a living from the game. I recall a few years back at the Panthers it was reported that we had something like 52 people paid by the football club over and above the contracted players. What the hell are these people doing all week?