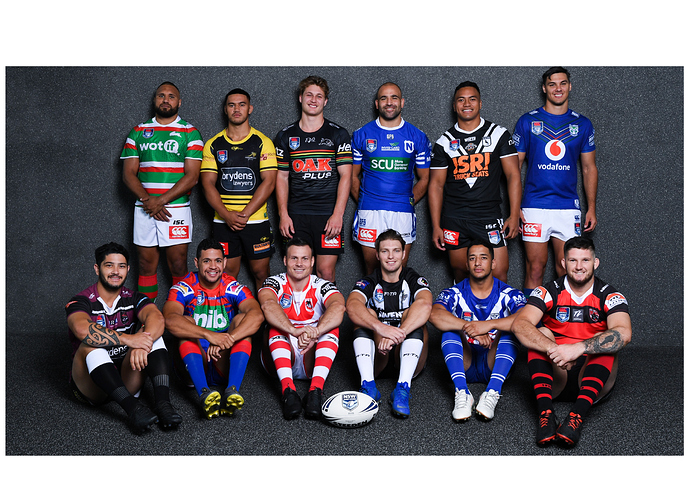 nswcup2451×1755 1.77 MB
The NSWRL’s premier competition is set for its most exciting season yet after unveiling footy apparel giant Canterbury as the new naming rights partner for the Canterbury Cup NSW and a five-year deal to play the Grand Final of the competition at Bankwest Stadium in Western Sydney.

The decision by Canterbury to join forces with the NSWRL for the premier competition in the state represents an historic move as it is the first time a traditional apparel partner has sponsored the naming rights of a competition.

Details were announced today (Thursday 7 March) at the official launch of the 2019 season for all nine competitions managed by the NSWRL, with the Canterbury Cup NSW, Sydney Shield and Ron Massey Cup kicking off on Friday 15 March.

“The Canterbury Cup NSW goes from strength to strength every season and this new partnership with Canterbury reflects that,” NSWRL Chief Executive David Trodden said.

“It has proven to be a wonderful breeding ground for some of the rising stars of Rugby League and the games are traditionally high-scoring and entertaining contests.

“We expect 2019 to be the best season yet for the Canterbury Cup NSW and I can’t wait for the opening round to kick off.”

NSWRL Head of Commercial and Digital Jodie Cross said the NSWRL was thrilled to extend their partnership with Canterbury after their involvement with the Brydens Lawyers NSW Blues in 2018.

Canterbury produced an innovative skin-tight jersey design that contributed to the first NSW State of Origin series success since 2014 and have also designed an alternate strip the team will use for the second game of the 2019 series in Perth.

“This is the first time in Australian sport that a traditional apparel partner has sponsored the naming rights of a competition,” Cross said.

“NSWRL pride ourselves on being innovative and we think this partnership is a real innovative marketing approach.”

“Canterbury is a strong international footy brand and we are thrilled to extend our partnership with them.”

“The Canterbury Cup is the premier rugby league club competition in NSW, with a passionate grassroots following,” Meikleham said.

“We are delighted to be naming-rights partner at this level. This competition is a crucible for our future stars to take the next step in to first grade.

“This partnership is Canterbury living its mission of ‘doing everything for the game’. We want to be there for ‘every season, every position, every training need’ to be ‘everything for footy’.”

Trodden said it was also exciting for the NSWRL to use the new state-of-the-art Bankwest Stadium in Western Sydney to host the Grand Final of the Canterbury Cup NSW and three of its other major competitions – Jersey Flegg, Ron Massey and Sydney Shield - for the next five years.

“Bankwest Stadium is a world-class facility that will bring fans closer to the action than they’ve ever been before,” Trodden said.

“It is regarded as the new home of sport in western Sydney and it’s an appropriate venue to host the Canterbury Cup NSW Grand Final which has thrown up plenty of thrilling contests.”

Bankwest Stadium CEO Daryl Kerry said: “Canterbury Cup NSW Grand Final Day has become a special day on the Rugby League calendar and it will be bigger and better than ever in the 30,000-seat Bankwest Stadium.

“This is a Stadium that has been built for the fans and the event experience is going to be exceptional. Fans will immediately notice how close their seats are to the action and the steeper grandstand design, but there are a number of other initiatives that will make a day at the footy easier and a lot of fun.

“The NSWRL season kick-off is upon us and we will watch the action with great interest knowing it will ultimately end with Grand Final Day at the new Bankwest Stadium in September.”

The opening round of the Canterbury Cup NSW will see South Sydney Rabbitohs - who are making their return to competition in their own colours for the first time since 2006 - against their former feeder club and fellow foundation club, the North Sydney Bears, on Sunday, 17 March.

Trodden said the NSW Cup reached more fans than ever before in 2018 with more than 2 million viewers tuning in during the season to watch matches on commercial broadcaster Channel Nine and pay TV network FOX Sports.

Both will broadcast again in 2019, with matches featuring in a regular 1pm Sunday spot on Channel Nine and FOX broadcasting matches on Saturdays.

“The return of the Rabbitohs is exciting for all Rugby League fans, with matches scheduled against other foundation clubs at iconic grounds including the North Sydney Bears, Newtown Jets and Western Suburbs Magpies,” Trodden said.

“The 2019 season is shaping up to be our most exciting ever.”

The 2019 Canterbury Cup NSW will kick off with last year’s grand finalists Newtown Jets heading to McDonald Jones Stadium to face the Newcastle Knights on Friday 15 March. Other highlights include:

Round 7 - Respect Round, coinciding with the start of the NSWRL Junior League season

Round 10 - Magic Round, two triple-headers of Canterbury Cup NSW games to be played at Henson Park and Panthers Stadium

Round 19 - Beanies for Brain Cancer Round, the annual drive to raise funds and awareness for the Mark Hughes Foundation. 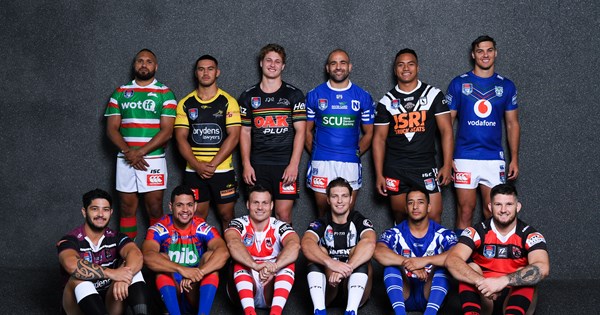 Canterbury has been unveiled as the new naming rights partner for the Canterbury Cup NSW and a five-year deal to play the Grand Final of the competition at Bankwest Stadium in Western Sydney has also been reached.

I like the idea of the triple header at Penrith.

Just to clarify, this is reserve grade right, I get a bit confused by all the sponsorship changes of competition name.

Canterbury cup obviously named after the jersey manufacturer, bit it’s also the name of a team

Just to clarify, this is reserve grade right?

Canterbury Cup / Intrust Super Premiership is what used to be called NSW Cup, which used to be Reserve Grade.

Thanks Steve! I’m sure I’m not the only wishing for the simpler names for comps and stadiums