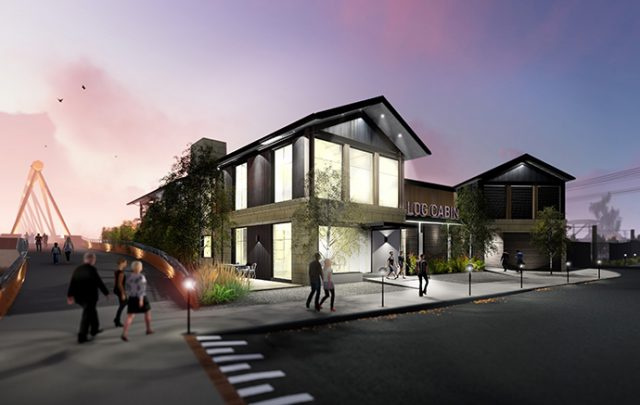 This is your first glimpse at what the revitalised Log Cabin will look like, with the site’s new owners confirming they’re pushing ahead with a plan to re-build the iconic hotel.

The Weekender first reported plans were underway for a new hotel on the site near the Nepean River last month.

Now, a consortium including the Cottle family, the Laundy family and local businessman Rob Wearn have confirmed plans for the hotel, which will retain the original Log Cabin name.

The new design consists of a two storey hotel with indoor and outdoor bars and dining areas looking over the Nepean River. It also features an expansive beer garden and children’s playground, with fine dining and function areas upstairs.

The developers exchanged contracts on the site in late 2019 with the previous owner and long-time publican, Ross Sinclair.

The planned reconstruction of the hotel will represent a continuation of over 200 years of hotel history on the site. 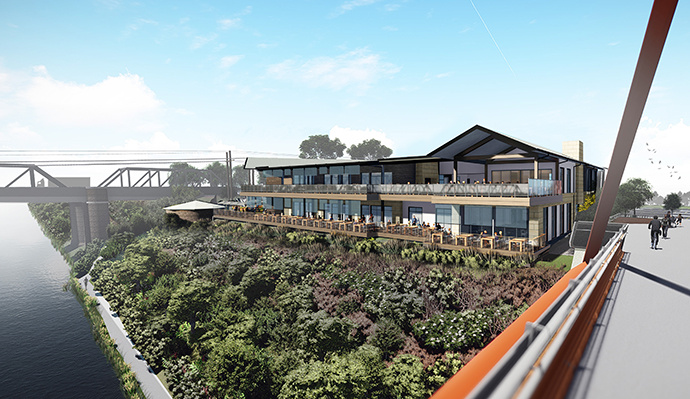 “This venue has always been representative of my family’s love for the Penrith community,” Mr Sinclair said.

“Many people in Penrith had their first beer, first dates, celebrated sporting championships and community events here over the years. To have that legacy continue into a third century is extremely important to me, and not to mention very rare from an Australian heritage perspective.”

A Development Application for the new hotel has been submitted by FDC Construction, the company behind the Marsden Brewhouse in Marsden Park, The Locker Room Hotel in Sydney Olympic Park and a large business estate at Erskine Park.

“The owners and design team have worked collaboratively with Penrith City Council for some time, and we are thankful for their positive and proactive approach in working with FDC and Team 2 Architecture to develop this to the point of submission,” said FDC Project Manager Peter Stait. 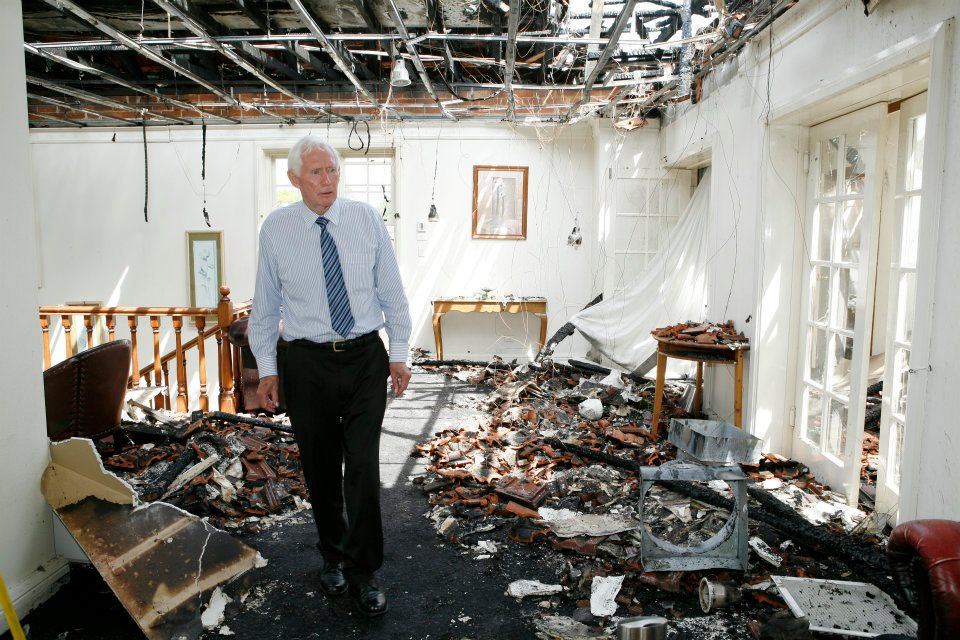 “FDC is committed to delivering a high-quality design that recreates a meeting place integral to the social fabric of Penrith, and complementary to the work Council has done on the Riverside precinct. This venue looms large in the community’s memory, so it is great to have the opportunity to raise the bar again.”

Arthur Laundy said he was thrilled to be involved with the project.

“The Laundy family has been involved in pubs in western Sydney for over 70 years,” he said.

“The Log Cabin has always been the jewel of the western Sydney pub scene, so it is an absolute thrill to be involved with good friends and partners in restoring the Log Cabin Hotel to its former glory.”

The proposed Hotel will become a key component in Council’s Masterplan for The Great River Walk – a key component in focusing the burgeoning community pride in, and ownership of, one of Australia’s most significant river landscapes.

The application will be in review with Penrith City Council over the coming months, with construction aiming to commence in late 2020. 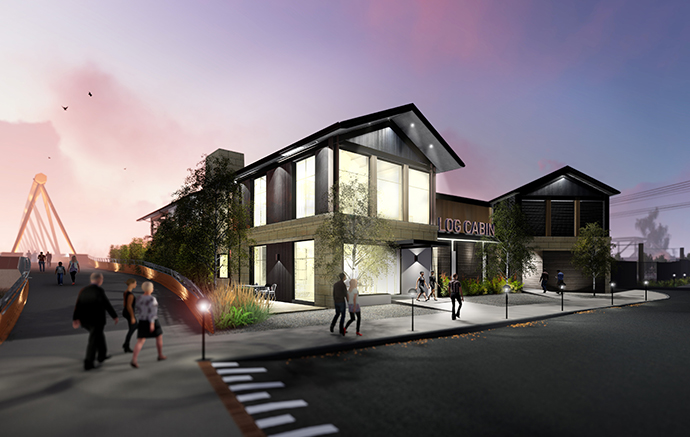 This is your first glimpse at what the revitalised Log Cabin will look like, with the site's new owners confirming they're pushing ahead with a plan to re-build the iconic hotel.

I’m sure some of you Penrith locals would have fond memories of the Log Cabin, a former icon of the Penrith community.

It will be interesting to see how the developers try to capture the essence of the old Log Cabin and bring it into a new era.

What are your thoughts on this development and what memories do you have of the old Log Cabin?

Only went there twice………both severe hangovers as a result !

never had the pleasure, or pain. Might need to put it on my bucket-list !

Its was the “place” to enjoy a beer and meal and boy were there some characters in the place over the years and Ross was always a great publican but even more happy Wearny is involved and bringing back the Cabin.

It will be a huge success.

I will have some competition in the form of Emu Hall, which I am a big fan of, it had some of the feel of the Log Cabin.

But as I have said to others, there are more than enough patrons for another drinking holed in Penrith.

Have a few fond memories of the the ol Log Cabin, not least it was my sisters Wedding Venue.

Still extremely sus about the fire, which I won’t comment on but suggest if you don’t know research yourself, start with the DA rejectected a week or so before the fire.

Those artists impressions sure capture the feel of the old place, hope the riverside terrace is restored, it was always way too crowded inside.