Losing burton to the bulldogs

… whisper is Izack Tago, a young up and coming Panther from the lower grades. If he’s one of ours he’ll do the job !

Welcome to the site @Clearyschin.

Yeah, losing Burton really hurt. He has talent and knows how to use it. I think he made a perfect centre who has a deep understanding of how his edge worked and it showed by the number of tries from that side, many by Matt himself.

But despite Ivan trying to convince him his future lay in the centres, it was obvious he wanted a job in the halves, and he knew he was not going to get a spot at Penrith while Nathan and Jerome were in the middle of the park.

Not sure how things will turn out for him in 2022, the Bulldogs have bought well, but I feel it’s in the wrong places. The spine is still lacking, and Burton will have an uphill battle.

For the question of who replaces him, I think the smart money is on Izack Tago. Typically a second rower I think the has the physique to be a strong centre, great a dragging in defenders, a strong offloader, and can quickly turn defence to offence. I think he is much like Kurt Capewell in defence as well.

Critter will be a centre for sure and it’s not a bad spot to start for a growing edge runner like Tago.

Just on Burto, I don’t think he will be in the halves for long, he will be one of the best locks the game has seen if he’s interested in a bit of tuff stuff every now and then. I don’t think his defense is a problem either.

… I too think Burton will make a great lock, except for his step,
it’s too good.

While I sure am disappointed in losing Burton, as I have said before I’m excited at our 3/4 line next year of Staines, Critta, Tago and To’o.

From what I have seen so far of Tago, he will make an even better centre than Yeo did at his age, and that’s sure saying something.

Staines must be champing at the bit, and hitting the weights after watching the gf from the sideline.

That said Burto left on good terms, so I’m sure the club will respond favorably if he comes knocking in 3-4 years

From what I have seen so far of Tago, he will make an even better centre than Yeo did at his age, and that’s sure saying something.

Geez I hope you are right - The only thing Yeo lacked at centre was that explosive speed off the mark, otherwise he was awesome. Like to know the stat of how many points were scored on his edge when he was at centre??? Mutley… 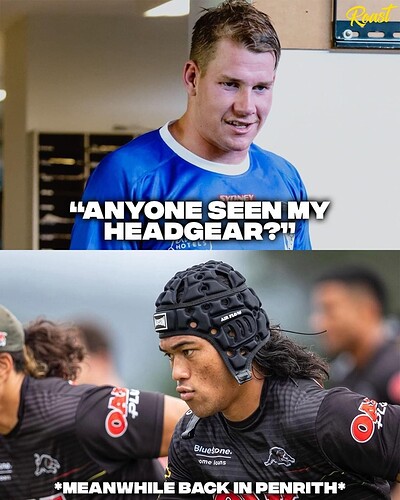