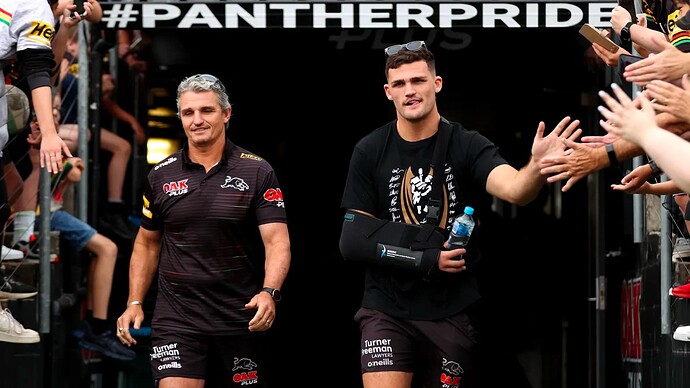 Penrith have moved to secure the jewel in the crown and are set to extend superstar halfback Nathan Cleary on a long-term deal that would earn him $1.1 million a season, potentially making him a Panther for life.

The Panthers are also putting the finishing touches on a lucrative extension for his dad, coach Ivan Cleary, that will see the father-son duo remain side by side for up to another five seasons after this year.

While the Panthers are reluctant to get into the detail of the extension deals before the Clearys put pen to paper, it’s understood 24-year-old Nathan will be one of the game’s highest-paid players under Penrith’s proposed terms, on a deal worth around $1.1 million a season.

The new deal is likely to be an extension until at least until the end of 2027, which will ensure Nathan does not come off contract again until his 30s.

On the open market Nathan would arguably fetch close to $1.3 million a season, but the star No.7 is willing to take less to play with his friends and under his father.

The NSW halfback is contracted until the end of 2024, but Penrith could extend that by up to five years to give the club the best chance of ensuring Nathan finishes his rugby league career as a one-club player.

Ivan still has one more season to run on the five-year deal he signed when he left the Wests Tigers to link with his son at Penrith. Ivan’s new deal will see him become one of the highest-paid coaches in the competition, and he is expected to earn him in excess of seven figures each year on the back of his premiership success.

There had been a suggestion, fuelled by Ivan himself, that he would consider hanging up the clipboard if he managed to win his first premiership during his five-year reign.

However, Ivan has told the club he wants to continue coaching for another few years at least.

Panthers Group chief executive Brian Fletcher is negotiating the respective new deals after the board agreed that it was in the best interest of the club to tie down the pair long term.

“Why wouldn’t we want them both at the club long term?” Fletcher told the Herald when asked about negotiations.

“The board is unanimous in keeping them as a pair as long as we possibly can. They are a huge part of Panthers, and we’re doing what we can to make sure that continues. There’s not much more I can say.”

Nathan is on track to finish his career as Penrith’s greatest all-time player. After just 120 NRL games, Nathan has notched up 1040 points in his career, sitting third behind Greg Alexander (1100) and Ryan Girdler (1690).

The new deal will also see him go close to becoming the most capped Panther in club history, on track to chase down Steve Carter’s 248 games played between 1988 and 1999 and perhaps become the first 300-game player for the club since its inception in 1967.

The Panthers will knock down their stadium at the end of the season, and you could make the case that one of the new stands at the 30,000-seat venue that opens in 2025 could be named after the Clearys if they continue what they have built together in just three years.

The Panthers took a huge leap of faith in Cleary when former chairman Dave O’Neill handed the coach a five-year, $5 million deal to defect from the Wests Tigers. He has more than returned the faith shown in him. 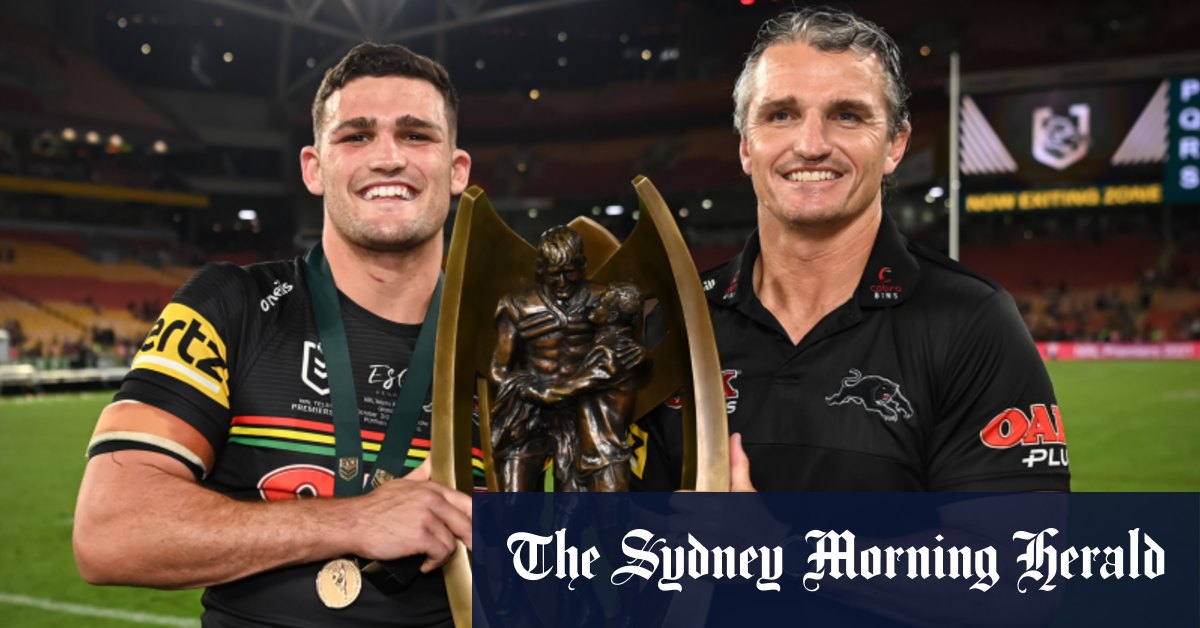 The Panthers are about to invest more than $2 million on the Cleary family on a long-term deal to keep the father and son at Penrith.

Re Nathan, not sure I,m in favour of a 5 year extension on top of a contract that doesn’t expire for some time to come. The article hints Ivan is happy to complete a couple more years before he hangs up the clip board. So Ivan takes a sabbatical and Nathan rakes in the cash under a new coach’s direction, ummm! Then all we have to worry about is SOO wearing him out. Don’t kid yourself he wouldn’t be targeted. He hasn’t started a game this year thanks to a SOO shoulder injury. Look the bloke deserves a pay rise but putting all your eggs in 1 basket 5 years out is pushing your luck !