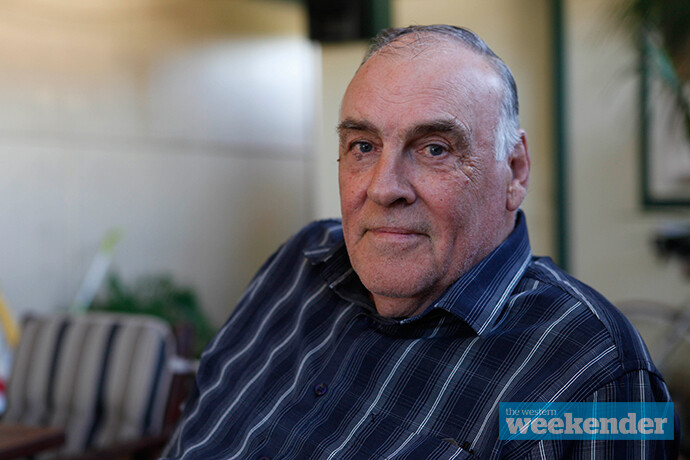 The Penrith Panthers are mourning the loss of Bill Ashurst, the English import who played 46 games for the club in the 1970s.

Ashurst, credited as Panther #100, joined Penrith from English club Wigan for a record fee in 1974.

He became a match winner for Penrith, scoring 165 points including 19 tries, 55 goals and six field goals during this three year stint with the club.

Ashurst was on track to become one of the great import success stories but he dramatically quit Penrith and returned to England in time for the 1977 season, later citing home sickness.

He was named in Penrith’s Team of Legends in 2006, recognising his extraordinary impact on the club over a relatively short period of time.

Ashurst returned to Penrith in 2017, reflecting on his time in the city and how much it has changed in an exclusive interview with the Weekender.

“Everything looks different but, at the end of the day, the Panthers are still the Panthers and I’ve always been a Panther and I always will be,” he said.

“I always say there are only two teams in my life – the Wigan Warriors and Penrith.”

During his 2017 visit Ashurst was given a tour of the new Panthers Ruby League Academy and watched the NRL team play Canterbury and the Warriors.

“Brad Waugh took me around the Academy and I couldn’t believe what I saw, it was unbelievable,” Ashurst said at the time.

“I remember our old sheds, buying our own boots and making our own way to the ground. Heck, I even smoked when I played, even at half-time!

“To be honest, I wouldn’t like the lifestyle the players have these days – there’s too much pressure and far too many mobile phones.”

In all Ashurst played 265 first class games across his career at Wigan, Penrith, Wakefield Trinity and Runcorn Highfield.

Ashurst also had a short and dramatic career as a coach. He guided Wakefield while still playing in the 1981-82 season, and coached Runcorn Highfield between 1987 and 1989. Due to a players strike, he played one game for Runcorn Highfield in 1988, but was sent off.

Ashurst was awarded the Harry Sunderland Trophy in 1971.

The Penrith Panthers are mourning the loss of Bill Ashurst, the English import who played 46 games for the club in the 1970s.

RIP Big Bill. He was a one-off player, with all the skills of a half in a body of a second rower.

I recall one day at Lidcombe Oval when he chipped and chased for a try, and the Magpies guys just stood and watched totally amazed.

He was with us for a relatively short time, but certainly made a big impression in the time he was here, and also with how he just went home, apparently homesick for the north of England

While some of your time at Penrith was controversial, the legacy of your around the corner goal kicking continues today, and the hatchet was certainly buried in later years.

there was another around the corner goalkicker (late seveties- early eighties) in NSW.
Englishman John Gray. Played with the Bears as a hooker.

Pleased to hear Bill is remembered at Penrith. I’m just round the corner from where Bill grew up, and where he returned to from Australia. I know the club have looked after him in recent years, he had been in poor health for quite a while. I only met Bill once, (his son is a mate of mine), but what lovely and likeable guy he was. Everyone in Wigan thinks the world of him, and I imagine the Warriors will put on something at their next home game. Sadly, before my time to see him play, but I’ve often heard it said that in the modern game a forward with his kicking game would be a wonderful thing to have.

Good luck to you guys for the rest of the year; I’ve enjoyed watching you play in recent seasons. And if Jarome Luai ever fancies following in Bill’'s footsteps, he’d be very welcome at Wigan too!

Great to have you on board Moto78. Great first post !

Thanks! I am actually watching the Panthers right now, as it goes, taking care of the Warriors. Isaah Yeo is some player. Must be the best 13 in the comp. 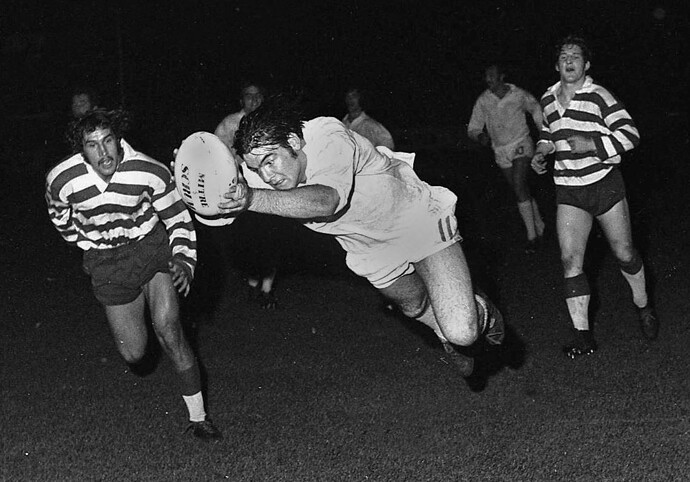