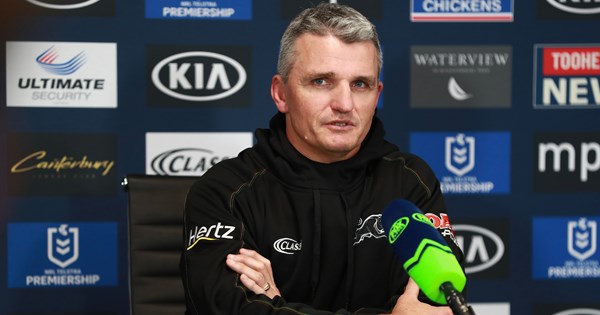 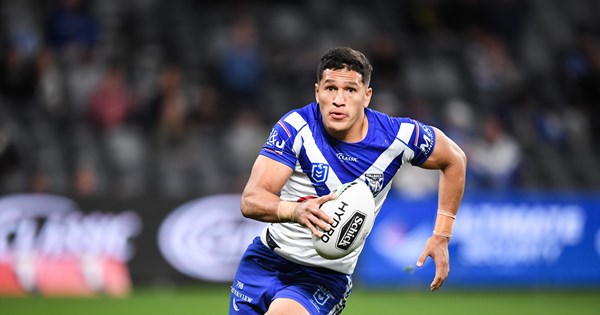 Former Panther Dallin Watene-Zelezniak has put a huge dent in his old club’s finals hopes with a standout performance in the Bulldogs’ 16-8 win at Bankwest Stadium on Saturday.

Former Panther Dallin Watene-Zelezniak has put a huge dent in his old club’s finals hopes with a standout performance in the Bulldogs’ 16-8 win at Bankwest Stadium on Saturday. 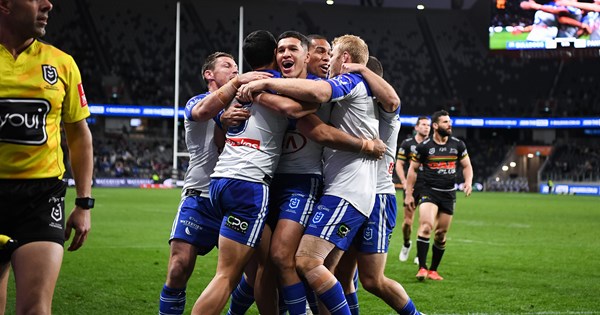 MAN OF THE MATCH VOTING
https://discourse.pantherpride.com.au/t/round-20-v-bulldogs-motm/377

Gotta say I’m not a fan of Wade Egan. I know a few in here wrap him but I find he plays selfish first then team second. I watched the replay of Sunday and 99% of his dummy half play was about him first, ie look to run, look to get fancy, go himself then pass.

For mine, he knows he is in TV

Martin should be better this week and he needs to be.

Your right as well SBF he doesn’t give from the ground, that is a quality dummy half trait, those extra second/s mean everything when your attacking.

What puzzles he is why we are running with Luai & Egan on the bench. Surely we would be better dropping one of them & putting another prop or back rower on the bench.

Or Jed Cartwright on the bench

I would have thought so, too. But Egan & Luai have been on the bench the last few games and it generally seems to have worked ok.

Agree with SBF & Kevin re Egan. I don’t think he’s egotistical, but his service from dummy half could be better. Kenny’s is better than Egan’s, but his could also be sharper, IMHO.

Fingers crossed for a win today - we need to get back on the horse after last week. I’m a bit nervous about this game actually, whether we can recapture the winning momentum we built up over 7 weeks. The Knights were on a winning run earlier in the year, lost one & fell in a heap. Don’t want the same thing to happen to us, and the Dogs will not lie down. It’ll be a tough game.

and after results this weekend we need to win

We are 1-17. Have to admit I’m disappointed that Leniu isn’t being given a crack today, it would be good to get a run under his belt in case we need him in the finals.

I understand the bench concerns, however maybe a bette rides next week would be to rest Kenny and give Egan 80 minutes.

Kenny is only young and no doubt still getting used to the rigors of first grade.

He came back better after his spell a few rounds ago.

i agree this is a shocker
why would you take a kick for goal when they are a man down?

We need to learn how to create opportunities in the 20. We should be up by 20 with the amount of ball we have had on their line.

Once again I have a question mark over an opposition try - that last pass was a good 2m forward & there was no way it went back out of the hands.

We need to settle and not let our emotions get the better of us.

Unless we get our heads in order this is going to go similar to when we play Moylen and the sharks.

We’re a better team than this - get your minds in order!

was a forward pass make no mistake but what got us there?

a mistake by us
to be honest we are terrible

The bunker are officially cheats