The Panthers remain unbeaten and Manly winless after doubles to Viliame Kikau and Brian To'o lifted Penrith to a 46-6 win at Lottoland on Thursday night. 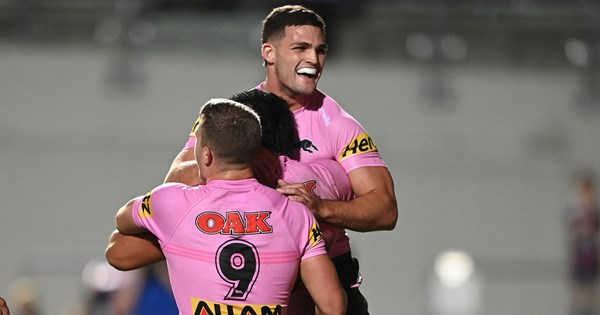 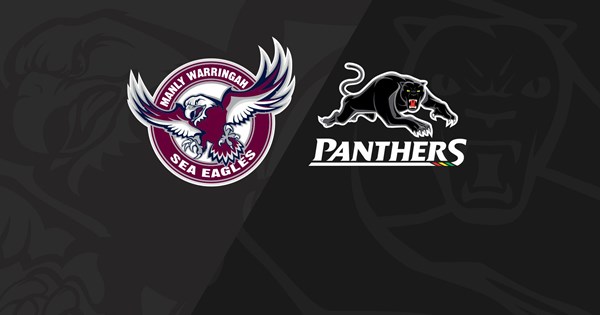 The big question of course is who will play fullback?

I see the options as;

May - minimal disruption to the side, did ok for 40 mins last week, although got his defense mixed up on one occasion.

Staines - played fullback as a lower grade, still green in firsts. No obvious wing replacement with Jennings suspended and the younger May playing the same side as To’o.

Crighton - wants to play fullback but hasn’t proven himself in the role. A little “off” so far this year. May, Burton or Capewell to the centres. Possibly the easiest to backfill but also a risk given his form.

Burton - afaik like Crighton hasn’t played much in the position. Possibly the most solid option in defense and his kicking would be an advantage. No disruption to other team positions.

Considering the opposition, it wouldn’t hurt to play May in at Fullback, but then you need to ask who would play Utility.

I would have Crighton or Staines at FB and move May to Centre. Those two can ramp their speed up pretty quickly so it will make for a strong return from a Manly kick chase.

Yer, I would be inclined to have Crighton at fullback, he can work into the game in attack, but also he will get his hands on the ball plenty of times. His early form might be as simple as confidence (or lack thereof) not that he is lacking, just a results driven confidence…if that makes sense.

Full back against Manly would be a perfect boost for him.

I wouldn’t be surprised if the team is listed with May at 1, and Burton at 17.

But come game day Burto in the centres, Crighton at fullback and May to bench.

Good options to change positions mid game if need be.

That is unless we want to give Staines a go

Staines at Fullback would be a concern for mine, his runs have been less than appealing due to his size, good finisher but running the ball into a defense, he is being pumped.

Let him build some size before asking to be the battering ram.

Pretty much what I was expecting.

Team Lists and Match Officials has been updated.

oddly enough this game is somewhat of a danger game for us, with the boys coming off such a high last week and maybe, just maybe not treating Manly with respect because Manly have looked simply awful in their first 3 games
I am sure Cleary has discussed this with the team and with Crichton at FB, it will expose him as either a class player or a player who is out of form.

We should win this and its games like these where we all look for an optimum effort in defence to keep our line intact and through defence break down their game.

They do have some class in the team and we have not seen it from them this year as yet but i do expect a better performance from them so we need to be really focussed.

One of the Manly fans at work wanted me to give him a 46 point start. I told him we only scored 28 against the Dogs & wouldn’t go higher. Eventually we agreed to 20.

I’m confident of a win tonight, but not a big score. Despite what they have shown so far, Manly still have the potential to trouble the top teams on their day.

I think part of Chrichton’s form this year has been due to being more closely marked by other teams. I think he is a natural fullback anyway, so the move will probably do him good.

On Chrichton, I agree he has been a bit quiet so far this year. Particularly against the dogs he seemed to be used as a decoy for Billy, so perhaps it is all part of the plan.

I recall he was moved to FB in a game last year & he looked very confident. And I saw an interview with Luai who laughingly said Critter will do the job as he has been telling everyone he is the best FB in the club. I suggest this guy is just an out & out athlete who could play anywhere in the back 5 better than most.

Hoping for a professional all-round display tonight from the boys. If we can get on top and control the game, Manly have shown they can easily drop right out of the contest.

Crighton needs to be benched

Reasonable first half. We took our chances to get away to a lead. Our left side has been dominant as usual. Chrichton hasn’t done much at the back, but to be fair, he hasn’t had a great deal of work to do. Might be an interesting experiment to switch Burton & Chrichton for the second half.

Staines plays two minutes at fullback for a try assist and draws a penalty for 2 points.

He did more in 2 minutes than Crighton did in 78 minutes.

I loved watching Burto in the centres

A complete performance, although I didn’t feel we hit top gear at any stage. It was good to see us mix up our game & try a few things once we established our lead, although our left edge was still where the bulk of our points came from.

Good to see new chum Momirovski has settled in.
Luai has truly blossomed. Kikau has truly hit his straps.
Alas, Burton is one who got away. How do you vote for man of the
match after such a comprehensive team performance.
Raiders however likely to offer a stiffer test.

Nb: there are a lot of serious injuries right across the NRL
so far this year. Are the latest rule changes contributing to this?

That was a convincing win against a hapless opponent but we do have a couple of issues.

Eisenhuth had his worst game for us and compared to our other forwards, looks to be less mobile and has little impact in attack or defence, we need an alternate

Crichton again was flat and in the first half his positional play was poor and i will cut him sone slack as it was a first run at FB but when Staines slotted to FB at the end of the game, he chimed in and carved Manly up for Mamirovski to score.

But there was a positive with Crichton moving t FB, Kikau had his best game for months and appeared to have more room and ran straighter lines.

Not sure if Crichton cramps him or what it is but Burton allowed Kikau to run riot last night and leads into Burton…he had a great game at centre and to be honest don’t see how we could or should move him from there.

Mamirovski also had his best game and looks to be settling into our system.

There were some real standouts and in the forwards JFH and Leota were brilliant and Yeo was just Yeo, tireless and Capewell is another fitting in very well.

Cleary was masterful and last night unleashed almost every trick in the book with subtle kick and chases through to deft mid stride kick chips.

There were others who played above their usual level and despite all this i believe we still are not where we would like to be.

I have to recognise its March and a long way to the big dance but if this team can continue to improve (and i believe they can) this could be our year.

There are going to be challenges as i believe we will lose Cleary, Yeo, Luai, Capewell, Martin, Crichton (form has to lift) and even Burton for SOO duties which will test our depth

Why wining these games now is an imperative.

Celebrate the win boys, you deserve it and Raiders will be a completely different challenge next week.

Kenny shouldn’t miss anytime for his report in my opinion.

I remember well us going to Manly over the decades & coming home on the end of a loss, often a heavy one. How great is it to see the situation reversed.

Manly are a poor team. Hasler has lost his mojo, and the fact that they just extended him just shows where they are. Anyone who thought that Foran was a solution is out of their mind.

We again played well across the park & made the most of almost every chance to score. We controlled the ball & field position well, and apart from the last 15mins of the 1st half were well in control. We hit harder than them & forced them into errors.

NC & Luai are becoming a very special pairing, their games just going to new levels. Kiakau knocked up running. It was a team performance & everyone knows their jobs & does it, even with some changes in personnel & positions.

I agree Critter was not a standout, but Manly’s kick-chase was good & not many opportunities presented from the back. He will get better - he is just an amazing athlete.

Raiders will be a better test for us next week, but I will enjoy the win last night for a few days now.