Barrett appears to be gone

Hasn’t taken Gould long to get rid of Barrett.

Dogs board is meeting this week and reports suggest Barrett has coached his last game for the dogs.

Might be hard for Barrett to get another gig with an NRL squad after being dumped by Manly and appears to be gone from the dogs.

Or Brown at Warriors?

Barrett doesn’t appear to have the ability to be a head coach. He is probably better suited to being an assistant/positional coach.

Have a look at the Bulldogs Kennel Forum; Barrett, Burton and Gould are all on the nose.

Hopefully Burto has a clause in his contract that says he can leave if Barrett gets the flick, we’d have him back in a heart beat.

Burton signed a one year deal with an additional one year option in his favour.

If I was Burton I would be thinking twice about signing on for another year. 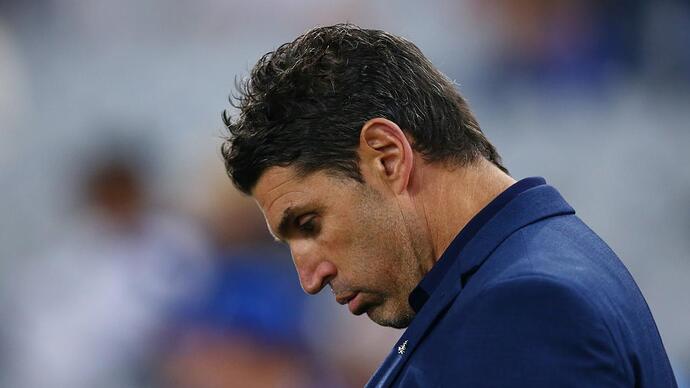 Matt Burton’s future at the Bulldogs looks increasingly uncertain amid reports the Bulldogs will sack coach Trent Barrett within days.

Burton has a player option in his favour for the final year of his deal in 2024 and is free to negotiate with rivals as of November 1 and he has stated that he intends to test the market.

However, The Daily Telegraph’s Dave Riccio believes Barrett’s potential sacking could be disastrous in their bid to re-sign Burton, who is on a reported $500k, long-term.

“Let’s think about Matt Burton for a moment, this morning he’s driving to training.

“He’s signed at this footy club to play under Trent Barrett, he is the one who dragged him over after working with him at Penrith, now he’s driving to training not knowing who the coach is going to be.

“He’s playing in a footy team that can’t strike a blow and he’s off-contract basically from November 1, he can take himself to open market, he can go to the highest bidder.”

Riccio expects Burton to depart the Bulldogs should Barrett be axed due to their close relationship from their time at the Panthers as assistant and player.

I’d have Burton back over Critta without too much thought !

Interesting to see who grips the poisoned chalice next. I doubt Cameron Ciraldo would be foolish enough. I also wonder if Gus is long for Bulldog World - unless of course he picks up the aforementioned chalice.

I’d start a crowd fund page to get that over the line!

Dogs bought Burto as a playmaker & have paid him appropriately. The fact that he made the grade as a centre for us as we had better options in the halves is kudos to him, but the dogs are not after a centre & Critta is not a playmaker.

I don’t understand your set against Critta - he is an elite athlete & has become one of the better centres in the game.

Oh, joy. Every bit of crap that falls on the Scumdogs makes my every day just that bit better. They call themselves ‘the family club’. More like cosa nostra, to me. From the days of padded shoulder pads, a couple of rape allegations that destroyed the lives of a couple of brave young women, the Oasis development scandal at Liverpool, the salary cap breaching (where senior players apparently didn’t notice that their incomes mysteriously grew), the biting incident and the appalling and criminal behaviour of scumdog fans heading back home on the trains after a loss (extra police apparently rostered for Penrith station). The NRL would be a better place without them.

And Burton doesn’t have the skillset of Crichton, IMHO.

Mr Walker, I don’t think Critta’s hearts in playing centre. I’ve read he wants to play fullback,
but we’ve already got one of them. So, he needs to aim up if he’s to maintain his ‘one of the better centres in the game’ status as you put it.

reports state he walked rather then be pushed, i think it goes without saying he walked when he got the right price to walk.

Not sure what to make of him as a coach and i guess its for him to convince others of his abilities, just hope we have a huge do NOT empty again.

On Burton, he looked great when he was outside a pair of pretty exceptional halves and when he was behind a pretty formidable forward pack. What he sees himself as appears to be similar to Barrett…looks great when all around him make him look great.

Everyone will recall all the games when he played half when Cleary was out last year and he looked ordinary.

I note from the reports he has an exit clause and would expect a team like Dolphins to throw anything at him to sign a kid on the up, which leaves poor Kiks going to a new club with a new coach and players he knows who may not be there.

No one can blame players chasing the money but maybe just maybe they should reflect on playing for a team coming last, sitting in a losing dressing room every week and all to console them is a pay check.
Managers may be a little to blame but i would rather play in a winning team where i had an opportunity to grow and develop and create “my own brand”…and i am mot sure the difference would be huge between staying or going.

On Crichton, my view about him will depend largely on what he does with either staying with us or leaving. If he stays i will support him on this principle alone and the kid has ability, maybe too much and on my point, i would rather develop in a winning team than try and build a team again, noting he has been part of what is being built by this team.

Flanagan to coach at Dogs???

whoever coaches or drinks from the poisoned chalice, always will have to deal with the biggest risk in having Gould at the helm.

As I’ve pointed out elsewhere, in his 10 games in the halves for us, he only managed 6 wins & a draw, in a team that won 44/51 games over that same period (38/41 without Burton in the halves). There is no doubting he has some ability, but I don’t know if he has it in him yet to be the dominant half in a team.

To be fair, I doubt there are too many halves that could turn the Bulldogs around at this point in time. There are deeper issues with the club than just their playing roster, as has been evidenced with the Barrett coaching dramas. 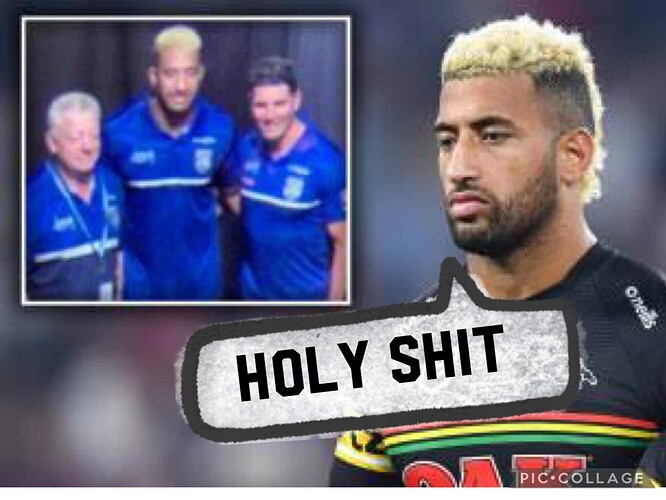 Where the Bulldogs play Burton is irrelevant to me, I follow the Panthers and he performed admirably for us as a centre last season.

Where the Panthers play Critta is of interest to me. Bathurst Tom put it succinctly, he hogs the ball. Perhaps he’s wary of throwing an intercept. I am interested in improving his distribution, then everyone’s happy !

O’h no…I see the bitter old days returning, we have found a target

Just my 2 bobs on Critta and his ‘distribution’ to our winger, I don’t see what he did on the weekend as an issue. I watched the replay again last night (Api was friggen awesome, probs should have been in my MOTM) and that play where he was held up by Munster was the right decision, Bizza had 2 storm players flying at him and IMO would have bundled him into touch, instead we got to play the ball.

Also, I’m glad he’s not Zac Lomax where every play requires a flick pass, Critta has a far greater skillset and again IMO he reads the play better than most. I cannot disagree though, he doesn’t want to play centre and that is understandable, but he IS a team player, that is not in question.

Re Barrett, Gus is a flog…when Barrett ‘owned’ that team before Gus arrived, he had built some starch into em late in the season, this season is clearly evident that that starch has disappeared, is that on Barrett, well Yes - but think about your own job, if you get an executive instruction to do something, do you do it? of course you argue for and against but at the end of the day, you do what the boss says!

Mutley, just on those stats with Burto in the halves, how many had Tyrone May next to him…you can’t count those

When we had ‘targets’ before, they were players/coaches well deserving of criticism. In the case of Critta I am totally amazed at the negativity expressed by some.

He is playing good footy, certainly well enough to be in contention for a SOO spot. People are mind readers & know what he is thinking & that he is unhappy not being FB??
Now he’s a hog, presumably based on taking a run at the line and getting held up instead of passing to Bizza. Edwards did the same things also - perhaps he’s not happy also. More likely it was something discussed ahead of the game with the wet conditions & maybe a plan to do just what they both did? Critta did the same thing in 2nd half and scored - go figure.

I know that we will face some challenges in keeping all our guys, as just about every team would like to have a player like Critta et al, including ones who can dangle a #1 jersey, but I truly hope that we can find a way to keep Critta long term.