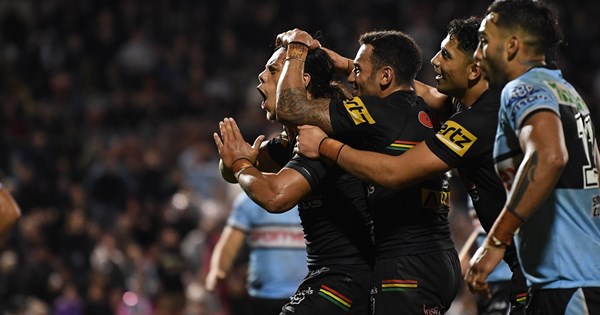 Panthers hold off Sharks to make it nine straight

Defending premiers Penrith repelled a physical challenge from the Sharks to come away with a 20-10 win at PointsBet Stadium on Saturday night. 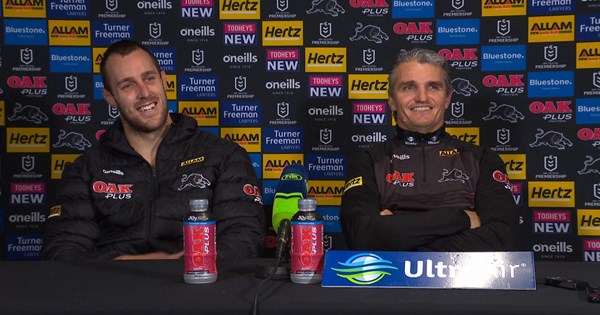 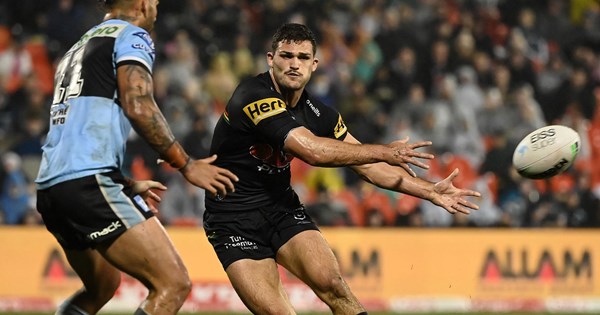 See the best snaps from the Panthers seventeenth victory of the season in front of 17,426 members and fans at BlueBet Stadium. 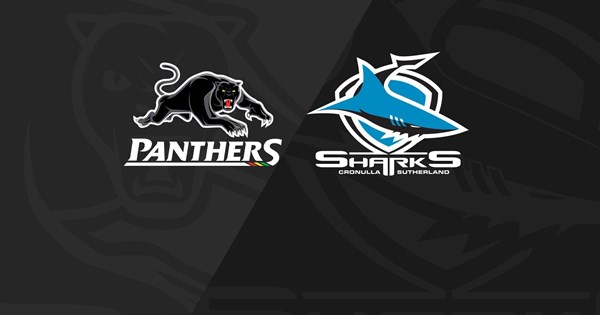 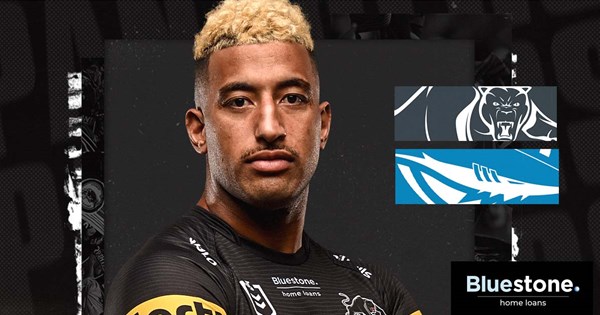 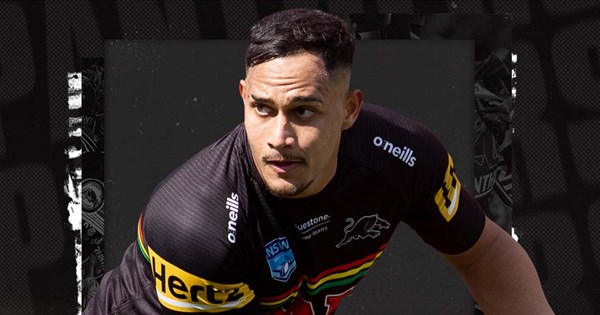 Looks to be our best possible lineup.
Spencer may be unlucky to miss out, but Eisenhuth has earned a spot with good efforts over several weeks.
Look forward to a good performance

Why was Spencer left out last week? was he injured?

If he wasn’t injured, there is definitely an issue there, he should have played against the Tigers !

Agree,
I like Spencer and was surprised to see him left out.
Moses, Fish, Spencer. Take a might of stopping eh ?

there was mention that Spencer played NSW Cup last week to get some playing minutes, as he had been playing short minutes in NRL. I read that he played the full game.

I’m sure he will play his part in 1st grade over the next couple of months, but it’s hard to make a case to leave anyone else out.

Hi Mr Walker, I see Spencer as an impact player ‘off a bench’,
hope they spread it around. !!!

Pretty sure Spencer is playing NSW Cup to get a few more miles in the legs before the finals.

I think it’s two things… as @Mutley had mentioned it’s to get some more fitness into Spenser in the run to the finals, as he is an impact player he isn’t getting a huge amount of minutes. He played big minutes in NSW Cup last week, and will probably this week, he maybe called to play some more minutes come finals.

The same if for Eisenhuth, in first grade to get some minutes up in the top grade, and get him ready for he finals, NSW Cup minutes and NRL Minutes are not even close to being the same, and the more time he can get in first grade will be good fro forwards depth in the finals race.

Expect some more NSW Cup players to be fed into firsts grade when the Minor Premiership is locked up. Having a fit first grade squad and a well drilled lower grade will be essential going into the finals, the Panthers will have a target painted in their back, and those finals weeks are going to be brutal.

Spencer onto bench, Eisenhuth starting, no Moses in the lineup just posted

Unless Leota has picked up an illness or injury training, I would suggest Cleary is just starting to rest the non- SOO players.

All bar Edwards and Kenny played in Rep round.

I think from herein to the finals we will start to see a player or two rested each week.

Unless Leota has picked up an illness or injury training, I would suggest Cleary is just starting to rest the non- SOO players.

Just saw Pete Green’s injury report and no injury to Moses mentioned. So, as you say, perhaps a rest for him as the run to the finals begins.

this is as close to the best we can run out despite someone like Leota not being there, this is essentially the team make up as we now run into the finals

this game should be a real test on 2 points.
Sharks will see this as their first real test in their run into he finals so they as a group can see where they are at and where they need to be. This alone will be enough to set themselves, add in some spice of ex players plus playing the reigning premiers and premiership leaders really gets them up for the game.

We on the other hand know what needs to be done and only risk IMO is if we are sucked into not playing our game and we have an eye on next weeks get square looming with the Eels.

Sadly the conditions will not be perfect and the wet ground could have an impact on the result although i suspect not as much as the ref will.

Looking at the results for the weekend so far, Eels and Manly look in all sorts, Broncos continue to impress and improve, and Roosters just will not go away.

Its almost like this is a mini comp where teams jostle for the final 8 when a whole new comp begins again.

Interesting times and much depends on how players and clubs prepare and ready themselves for the mental challenges ahead…many clubs are impacted by injuries etc so its really the mental now dealing with adversity, pressure etc.

all that being said for Panthers to run out essentially our best team going into these final rounds is a testament to the coaching and support staff who have the boys as fit and ready as they can be.

Panthers should win but Cronulla will be in this for a long way and hope the ref doesn’t make the difference.

are we clear of COVID?

SOS hangover? Really poor start.
These Sharks have a bit of bite!
Our blokes need to lift.

Not sure you are giving credit to either side IMO

Did you really think the Sharks were just going to turn up and not have a dig?

I think credit to them but more credit to our boys in not wilting under what has been enormous pressure and we have made dumb mistakes in attack and in defence.

The break will serve us well, gives the boys a chance to reset

Sharks cannot play any better, we can.

well, i had higher expectations about Sharks but they are pretenders…if they didn’t have Hines kicking they would have been lapped but they have nothing else

On us…Lenui still has rubbish in his game where he carries on like a pork chop only to lose the ball.

and sadly i has i had forecast the ref was , well to be kind, saw everything we did and they were saints

Finucane should have been sent off, the Moylan try was NOT a try and should at worst been reviewed

Hope they all pull up ok…the get square is next week!!!

Game was ordinary. Refereeing aspired to be ordinary. I’ll take the win though.